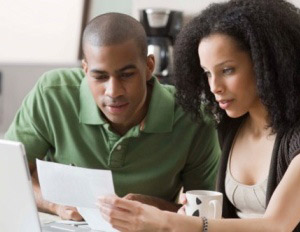 Each year the National Urban League releases a report on the State of Black America, and this year’s findings show that black America is a little less well off financially and health-wise than it was in 2010. African-Americans’ 2011 Equality Index is currently 71.5%, compared to last year’s 72.1%. The decrease was driven by a decline in the economics index, from 57.9% to 56.9%, and the health index, from 76.7% to 75.0%, which the report said was driven by children’s health.

Since the report was first introduced in 2005, the equality index has shown “modest but growingâ€ equality between blacks and whites in the areas of unemployment and the uninsured and incarceration rates. However, there has been an increasing level of inequality in the areas of educational attainment and school enrollment rates. “The black-white index of median household income has remained stubbornly unchanged since the equality index was introduced in 2005,â€ the report states.

“While some economists have declared that the recession is technically over, we say there is no complete recovery while the unemployment rate in black America stands at more than 15%,â€ said NUL president and CEO Marc Morial, during remarks delivered at a town hall meeting at Howard University when the report was released.

“We also say there is no complete recovery when the homeownership rate for African Americans has declined by three percentage points,â€ Morial said, adding that the current foreclosure crisis will deplete more than $300 billion of wealth from communities of color.

NUL has introduced a “battle planâ€ that includes developing a national public-private jobs initiative to create jobs and train urban workers for broadband, healthcare, manufacturing, infrastructure and clean energy jobs, It also calls for the reauthorization of the Workforce Investment Act, the creation of Green Empowerment Zones, and the expansion of small business lending.

FacebookTwitterYoutube
← WATCH: A Brand New You – Living (and Eating) Well with Diabetes ← 14 Questions to Ask Before Opening a Checking or Savings Account
×