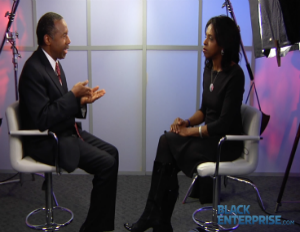 Federal Reserve Chair Janet Yellen and her fellow policymakers at the Central BankÂ meet Tuesday and Wednesday, to decide the next direction for interest rates.Â  Some are beginning to question their move last month to begin to raise rates due to current struggles in the global economy, particularly China, and global financial markets.

The Fed keeps interest rates low in order to make it cheaper for us to borrow money, among other things, and encourage us to spend money.

As a financial journalist for nearly 2 decades, you begin to see how much of the President’s, and Federal Reserve’s job is ‘crisis management.’Â  Their response to the housing market collapse, the market drops following the attacks of September 11, etc., define our financial well-being for years after the crisis has passed.

The Fed’s major tool to stimulate growth when we’re in crisis is to cut interest rates; that makes it cheaper for us and businesses to borrow money.Â  I asked Dr. Carson what he would do as president, if we ran into another crisis that required an economic jolt from the Fed, considering interest rates are already near bottom.

When asked a follow-up question on how he would respond to a market crisis, Dr. Carson also shared his thoughts on how regulation is hurting the middle class, the poor, and small businesses.

Dr. Carson and other candidates get their first ‘real world’ election experience of this cycle next Tuesday at the Iowa Caucuses, the first major electoral event in the nominating process for the Presidency.

Check out all of BE’s political coverage at http://www.blackenterprise.com/tag/politics/.