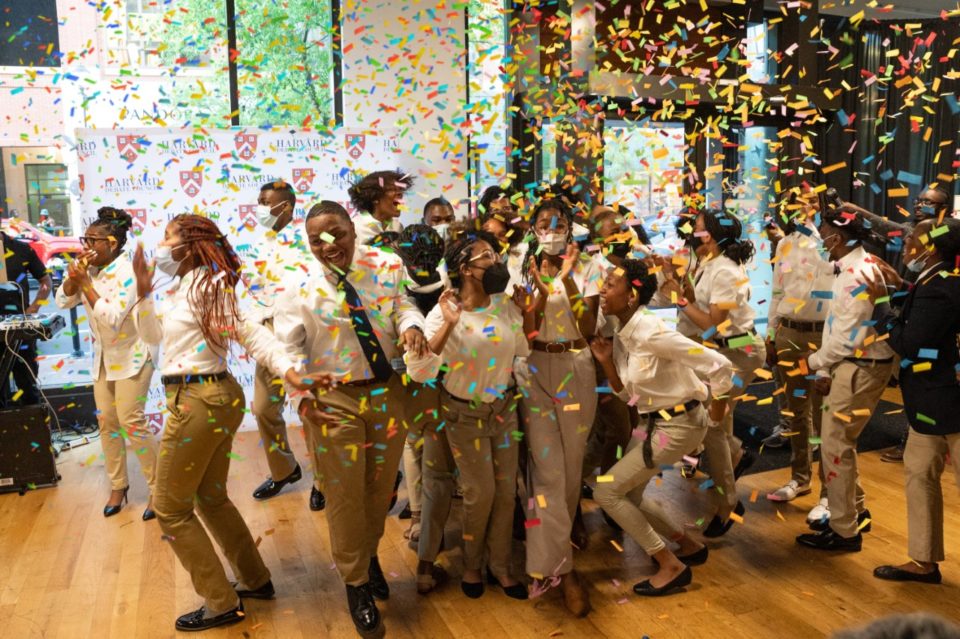 Twenty-five African American high school students from Atlanta got the surprise of their lives when they learned this past week that they earned a coveted spot on the Harvard Debate Council’s Diversity Project’s 2022 team.

The students beat out thousands of applicants and screamed and jumped for joy as they learned that they would represent and start a yearlong journey of training in Atlanta as part of their debate residency and competition at Harvard University next summer!

As we previously reported, Brandon Fleming, founder and CEO of the Harvard Debate Council Diversity Project, an Atlanta-based nonprofit, created the program as a African American feeder institution to Harvard’s elite debate program. The announcement was made June 16 at the Book Boutique in Atlanta.

Fleming told BLACK ENTERPRISE that although 2020 and 2021 was rough business-wise because the pandemic, he feels confident that the students who have won competitions three consecutive years in a row, will rock the year ahead.

Renee Mack Jones of OneAccord Mediation, and a parent of one of the students, Eleanor Jones, who earned a spot on the team, told BLACK ENTERPRISE, she is excited about Eleanor’s new journey.

“It’s amazing to see your child work so hard for something and then get to witness the joy on their face when they actually achieve it,” she said.

Eleanor, 16, a rising 11th grade student at Drew Charter School in Atlanta, was just as excited to see all her hard work realized when she secured a top spot.

“Throughout my entire academic career, I don’t think that I have ever wanted anything more than to be a part of the Harvard Debate Council Diversity Project ( @harvarddcdp ). When I started the application process in February, I had no idea how much applying alone would change me. Now that I’m officially a part of the Harvard Diversity Project class of 2022, I could not be more excited and scared of the journey ahead. I am ready to be intrusive in spaces that are not inclusive. Thank you @_themissb_ and @bpfleming for giving me the opportunity to leave a mark on the world through this program!!!,” Eleanor said on Instagram.

The next six months the students will be in training with Fleming. Harvard instructors who will fly down to train the students in critical thinking, analysis, research, and much more.