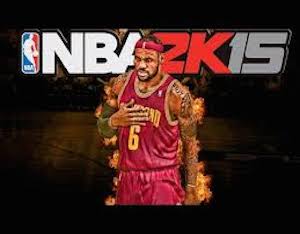 As promised by 2K Sports’ Ronnie Singh, the new NBA 2K15 trailer has been released today, and there’s some pretty funky things to witness.

2K Sports has already promised us some uncensored behavior from some of their lead stars, but in the new trailer, there’s some equally dizzying action to be seen. As tweeted by Don’t Lose Your Day Job, TNT analysts Ernie Johnson and Dr. Shaquille O’Neal are featured as the in-studio play callers for the game. The NBA On TNT host were called in to do motion-capture for the game.

Once things transition to the court, you’ll see some of the dynamics that will be introduced to NBA 2K15. From the inclusion of mascots getting some primetime (most notably for the Indiana Pacers and Houston Rockets) to the cheerleaders keeping the energy high, NBA 2K15 seems to have taken fans suggestions and implemented them wisely. If you look hard enough, you’ll also see King James, better known as LeBron, in his Decision 2.0 uniform alongside the Cleveland Cavaliers.

NBA 2K15 is scheduled for release on October 7 for the PlayStation 3, Xbox 360, PlayStation 4, Xbox One, and Windows PC. Watch the trailer for yourself below: