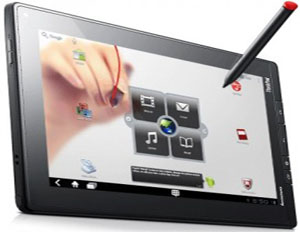 See how these tech gadgets make conducting business on the run a lot faster. And, yes, a whole lot lighter. 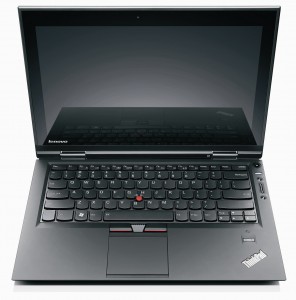 The Lenovo Thinkpad X1 Hybrid is considered the Cadillac of Lenovo Thinkpads. It is available with Intel Core processors up to i7, meaning it is one of the fastest computers around. It is super slim and light, and comes equipped with a Corning Gorilla Glass screen, which reduces the chance of fractures or cracks. What’s cool about this laptop is that it can enter hybrid mode, a custom operating system that doubles the battery life.Â  In this mode, you can put windows to sleep, launch into a separate instant media mode and still watch movies, listen to music, check email or browse the Web. You can enter back into Windows for productivity tasks, updating PowerPoint presentations, and writing Word documents. It comes with Dolby surround sound. It will be available for $1,599 in the second quarter of this year. 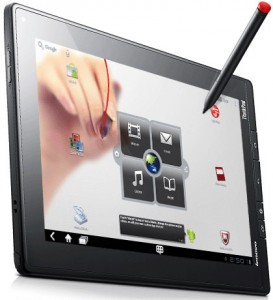 The Lenovo Thinkpad Tablet is a 10-inch tablet with an Android Honeycomb operating system. It comes equipped with a pen for handwriting recognition, allowing you to sign documents, write emails, and export text to emails or store notes for a later meeting. It is highly mobile, greatly productive, and designed for a lot of utility and function. Along with a super bright display panel, it has added ports including Native USB 2.0 and micro-USB ports, a full-size SD card slot and mini-HDMI output slot.Â  The tablet works on all major carriers, including AT&T, Sprint, and Verizon. The ThinkPad Tablet retails at $479 (16 GB), $499 (32 GB) and $659 (64 GB).

The Thinkpad T430u is Lenovo’s first business Ultrabook. It has fast SSD storage memory and SSD caching. It is less than 22 mm thin, provides seven hours of battery life, a large keyboard, up to a terabyte of HD storage, and Nvidia graphics. The T430u has a matte finish that’s soft to the touch and an aluminum top cover. Through Lenovo Solution Center powered by Intel Small Business Advantage, it offers a set of productivity and security tools helping to enable overnight energy savings and automatic patch updates. The 14-inch laptop, starting at $849, will be released in the second half of 2012.

The 14-inch Thinkvision Mobile Monitor by Lenovo connects to a notebook via USB and allows you to display everything you’re doing on that notebook. At under two pounds–and less than one centimeter at its thinnest, this durable monitor is great for the road warrior who does presentations and elevator pitches in hotel lobbies and coffee shops. Afterwards, fold it up, put it in a bag and take it to the next meeting. It retails at $199.99.