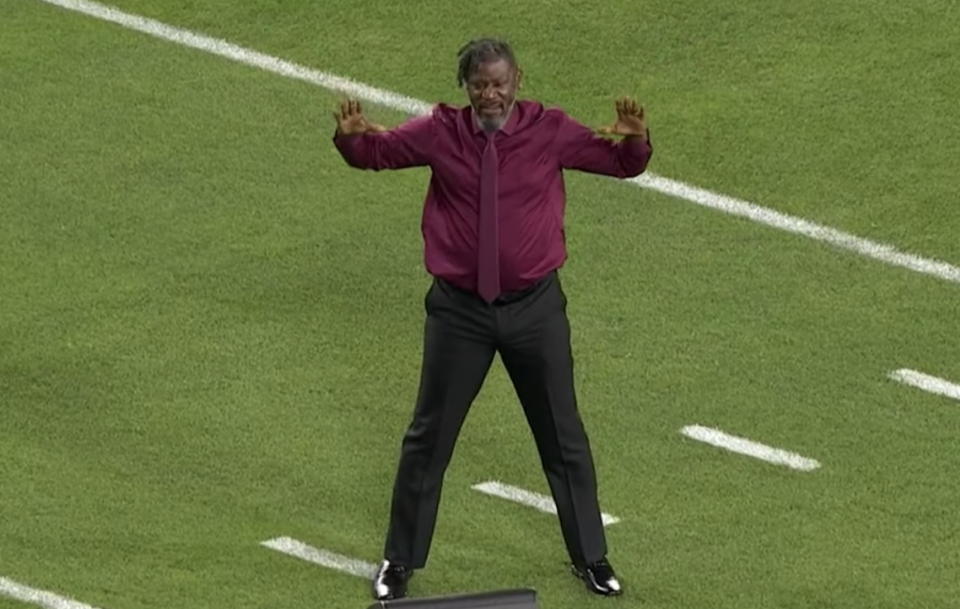 Super Bowl LV had many memorable performances from phenomenal artists and performers such as The Weeknd, poet Amanda Gorman and Jasmine Sullivan. But one D.C. performer brought the house down with two breathtaking performances.

Philadelphia-native Warren “Wawa” Snipe performed the “Star-Spangled Banner” with Sullivan and country crooner Eric Church as well as “America The Beautiful” with R&B newcomer H.E.R. in American Sign Language (ASL). His captivating renditions of the national anthem and the patriotic classic were a part of the pregame events.

The National Association of the Deaf announced on Jan. 19 that Snipe, who is deaf and a Gallaudet University alumni, was selected to perform at Super Bowl LV.

In an interview with CBS News, Snipe elaborated on his preparation for the performances. He referenced that ASL performances typically mimic the singers’ movement, tempo, and rhythm. Snipe utilized renditions that were close to the versions the entertainers would sing on the day of the event.

“My approach will follow how this year’s singers handle the songs in their own way,” he explained.

And that he did. Snipe’s soulful signing of the two classic songs inspired all who watched the display.

An entertainer in his own right, Snipe told CBS why it was important that the deaf-community had representation at the Super Bowl.

According to Snipe’s bio, the man is a multi-talented artist. As a rapper, writer and performer, he is known for his groundbreaking role on The CW’s hit show “Black Lightning.”

“His rendering of Dip Hop explores hip-hop in a way where the focus is taking on challenges and educating people about deaf musicians in the hearing world.”