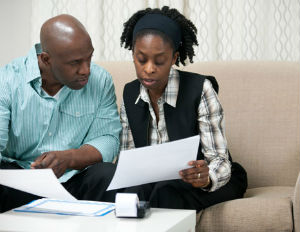 The hard economic times brought on by the recession has been a detriment for many African Americans.

The loss of jobs and homes have wreaked havoc on the wealth of many. The rise of unemployment has depleted savings and caused many to take on jobs that pay fractions of their original salary. Minority communities have been hit especially hard due to the wealth gap that had already existed.

The unemployment rate of African Americans has almost doubled to that of their white counterparts since the recession. Aside from the rise in unemployment, the foreclosure of homes, which was a major component early on in the financial crisis, was especially taxing on African Americans.