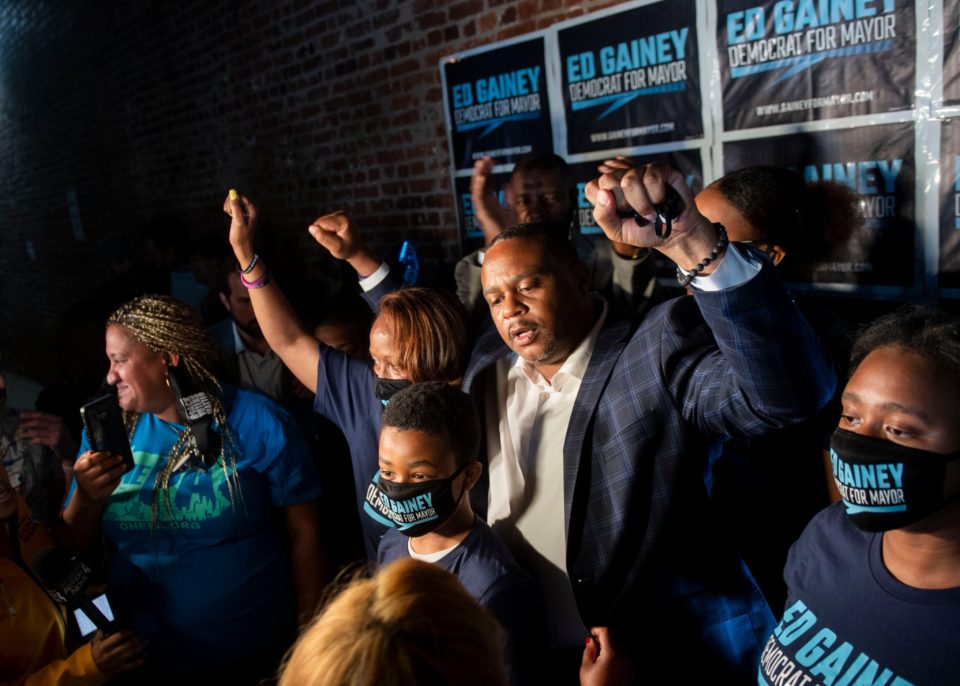 Gainey, a five-term state representative, won the primary by a slim 46 to 39 percent margin Tuesday and is all but guaranteed to win the general election this fall.

Gainey won the support of minority and low-income voters as he consistently talked about getting equality for the city’s Black and poor residents. The HBCU grad also accused Peduto of ignoring those same voters and failing to ensure equity for all of the city’s residents.

In his victory speech, Gainey talked about all of Pittsburgh residents coming together to create and implement the change needed to help everyone.

“One person can’t change a city. A city is changed with all of us,” Rep. Gainey said, according to the New Pittsburgh Courier. “A city is changed when we all come together to improve the quality of life for everybody. That’s why I ran for mayor, because I believe that we can have a city for all, and we will work hard, not just I as mayor, but we as community, we as a city will work together to build a better city called Pittsburgh for everybody.”

Peduto, who was seeking a third term, becomes the first city mayor since 1933 to lose a reelection bid. The incumbent could not avoid the stark disparities between Black and White residents in Pittsburgh that he helped create in his first two terms.

According to the New York Times, around 7,000 Black residents left the city between 2014 and 2018 and a city commissioned report found city police officers, who are overwhelmingly White, arrest Black residents at wildly disproportionate rates. Additionally, the coronavirus pandemic showed significant differences in cases, deaths and even vaccine availability among Black and White residents