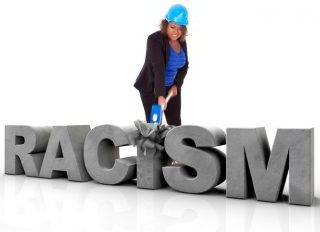 In this week’s edition; salary inequity for African Americans is outrageous, according to a new online study; how driverless vehicles may wallop black earning; a look into how to create more black coders; and more at the intersection of race, science, and tech.

A study published online puts numbers behind something everyone knew; black people are paid unfairly. Hired.com, a company that uses proprietary technology to pair tech workers with employers, crunched the numbers. “Black women earn 79 cents on the dollar to white men, which is twice as large as the gap between white men and white women,â€ is one of the outrageous findings.

Where Are All the Black Coders?

A blog post from Colorado Springs Independent seeks to find an answer to that question. Writer Thomas Russell looks at the early exposure that children in Silicon Valley have to programming and the importance of that early access to children of color.

Education Dive reports on the scarcity of African American women engineering graduates. The problem with that? “STEM jobs are fast becoming a major economic driver in the U.S., so it does the nation no good in the long-term if opportunities to gain experience related to these fields aren’t available to all students. Encouraging interest in STEM among girls of color–and girls in general–will require a more concerted effort at the K-12 level,â€ as per the article.

Even Black Doctors Makes Less Than White Ones!

Fast Company breaks down doctor’s salary data from a 2017 Medscape Physician Compensation Report. The report shows that African American doctors on average, are paid about 15% less than their white counterparts.

Driverless vehicles are coming, and in the not-too-distant future. KPCC, citing statistics from the Center for Global Policy Solutions, argues people of color often turn to professional driving (truck delivery, tractors, etc.) because they can make higher wages driving than in other occupations. What happens when those jobs become obsolete?