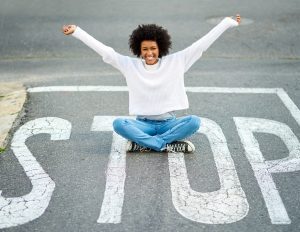 This week, we look at a cyber attack on Black Lives Matter, the lack of color at Trump’s recent tech meeting, and more news on racial issues in the world of science and technology.

A fake news story circulating on far right-wing blog sites, claiming that President Obama is manipulating the U.N. to force the United States to pay reparations to African Americans. The spread of fake news has led many to blame this rise in lying masked as news on getting Trump elected.

The American Library Association, the oldest and largest library association in the world, with 57,000 members strong, became part of a coalition that released a set of policies to support freedom of speech, equal opportunity, and the use of technology to foster economic opportunity and education.

Blowing Holes in Myths about Diversity and STEM

Pacific Standard takes an interesting look at how diversity initiatives may actually do more harm than good when it comes to diversifying STEM, especially when diversity strategies perpetuate myths–such as not enough people of color educated in STEM, or that white STEM professors are not beneficial to students of color.

Ars Technica reports on vigilante groups targeting the Black Lives Matter movement via cyber attacks. The BLM website has had repeated DDoS attacks take the site offline on 117 separate occasions in the past six months.

No Minorities at Trump Tech Summit

This week, President-elect Trump invited 25 heads of the world’s largest tech companies to Trump Tower, to discuss technology and innovation during his presidency. Invitees included Apple’s Tim Cook, Elon Musk, Sheryl Sandberg of Facebook, and other notable tech-lebrities. However, who was missing was anyone from any underrepresented groups.

What Does a Trump Administration Mean for Our Schools?

8 Social Media Tips You Need To Try This Weekend

FacebookTwitterYoutube
← What Does a Trump Administration Mean for Our Schools? ← 8 Social Media Tips You Need To Try This Weekend
×