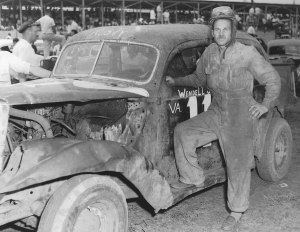 Wendell Scott, a true NASCAR trailblazer, has become the first African American elected to the NASCAR Hall of Fame. Scott will be enshrined in the 2015 class on January 30, 2015 at the Charlotte Convention Center in North Carolina.

“This is a proud day for NASCAR and one of the most significant days in the history of our sport,â€ says Brian France, NASCAR chairman and CEO. “We are honored to announce Wendell Scott is a member of our 2015 class of NASCAR Hall of Fame inductees. Wendell had plenty of success in our premier series but his contributions, of course, transcended any results on the race track.”

Scott has more than 100 wins in NASCAR’s regional level divisions and he earned his spot in the Hall of Fame after his third year on the ballot.He posted a remarkable 147 top 10s and 495 starts during his 13-year premier series career.