What To Do With That Bonus or Tax Refund 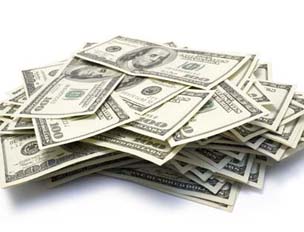 Even if you missed your chance to win the Powerball, a prosperous 2016 may still be in the cards as last year’s bonuses are paid out and tax refunds start rolling in. Typically, during this time of year, bonuses have been handed out and plans are being made on how to spend them. Many people are wise to the fact that their finances could stand a bit of housekeeping while others are eager to splurge – whether it’s wise to do so or not.

Bonus expectations vary widely. According to a report from financial services recruitment and placement firm, Accounting Principals, the average company bonus is $858, a figure that jumps to $1,072 among companies with 500 or more employees; Wall Street bonuses easily averaged $172,860 last year. But before you start making plans to make use of a lump sum, press pause. The amount of a bonus and its timing often aren’t set in stone, so it’s best not to take decisive action until you actually have the cash in hand. Once you do, it’s time to figure out your budget. Before you start making plans for that new backyard pool remember that most likely, you’re going to have to pay sizeable taxes on it.

[RELATED: 3 Smart Ways to Use Your Tax Refund]

Allocate for taxes at the outset to avoid being short come at tax time. For a bonus, talk to your human resources department to make sure you aren’t over- or under-withholding,. After taxes, the right strategy will depend on your overall financial situation. Companies have been shifting to a variable compensation model that favors bonuses over raises, and for some workers, bonuses and commissions are regular, expected occurrences that account for a significant portion of their annual income.

If you’re considering using the money as a living wage over the next year, that cash is best kept out of the market so it’ll be available for ongoing bills. Having debt keeps you from doing so many other things properly. That said, if the lump sum is more of a windfall, your priority is to fix vulnerabilities. First up: Knock out high-rate consumer credit card debt. It’s a great return on your investment, because you’re avoiding double-digit interest rates.

Build an emergency fund is another smart safeguard. Only 37 percent of Americans have enough savings to fully cover an unexpected expense like a $1000 car repair insurance premium or $7,000 roof repair bill, according to a new Bankrate.com survey of 1,000 adults. How much to set aside is a moving target; advisors often recommend setting aside three to six months of expenses.

Next, contemplate long term goals, such as retirement and college savings. If you have the ability to invest those funds, many money managers suggest maxing out tax-advantaged accounts including 401(k)s and IRAs before putting money in brokerage accounts.
Check your employer’s policy before making a major contribution to your 401(k). That’s because some employers will not continue to match, once you max out, which means you’ll lose out on valuable free cash for the rest of 2016.

It’s also smart to consider making one big contribution or scale in over time. TIAA found that lump-sum investing beats dollar-cost averaging most of the time. But apply caution. Should the market turn shortly after you invest, seeing your big windfall take a sharp decline may cause many a sleepless nights.

Splurge responsibly. Most bonuses are performance based, so it’s fair to important to actually reward yourself for all that hard work Whether the windfall is large or small, advisors agree that a splurge is an important component of enjoying your money. Spending 10 percent is reasonable, said Clark, and up to 25 percent may be warranted if the rest of your financial house is in order. Otherwise, it’s like it never existed.
Click here for more information on money management.