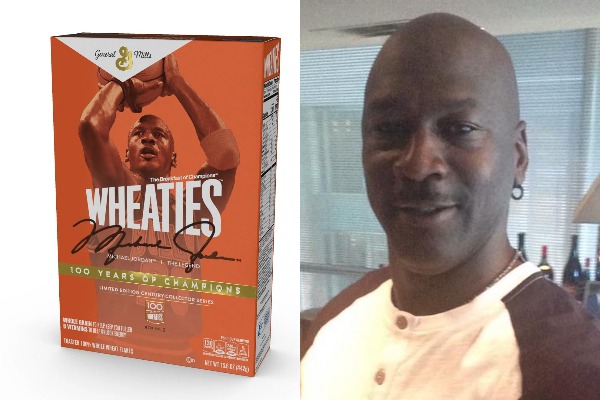 In honor of Wheaties’ 100th anniversary, the cereal brand dug into the crates and pulled out the classic Michael Jordan branded cereal box.

On Monday, the cereal maker announced the release of a limited-edition Wheaties box featuring Jordan and his signature on the cover, Chicago Sun-Times reports. This will be Jordan’s 19th time covering the Wheaties box after his first appearance in 1988.

“A modern-day legend and inspiration for champions of all ages, Michael Jordan is an incredible athlete, humanitarian and entrepreneur,” said Kathy Dixon, senior brand experience manager for Wheaties.

“We are so proud to launch the next box in our anniversary series honoring one of the greatest sports stars and most-decorated Wheaties athlete in history.”

The century box series kicked off earlier this year with a limited-edition Muhammad Ali box that is also available at grocery stores.

The Michael Jordan box is already sold out online, with the gold foil box currently being sold on eBay for $100 and up, NY Daily News reports.

The team was co-founded by Jordan and Daytona 500 winner Denny Hamlin in 2020.

“To be able to honor MJ as part of the Wheaties 100th anniversary celebration and have Wheaties join the 23XI Racing family is special for our team,” Wallace said.

“When you think of greatness, you think of Michael Jordan and his drive for excellence both on and off the court. His competitive nature and determination motivate me in my career every day. It is an honor of a lifetime to drive for MJ and rep the No. 23, a number that is such a big part of his legacy.”