When A Homeownership Dream Becomes A Nightmare 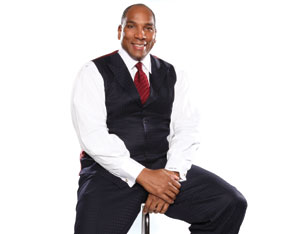 By now, you’re all familiar with this story. It’s the one about how too many of us treated our homes like cash machines for too many years. We used home equity lines of credit to finance seemingly opulent lifestyles in our pursuit to one-up friends and neighbors. When the housing bubble eventually burst and property values plummeted, it sucked the air out of our inflated standard of living but not the ballooning debt that came along with it.

Unfortunately, this isn’t over. For many, it’s been a tragedy with no end in sight. A recent report from real estate research firm CoreLogic Inc. spells out the dire consequences of those caught up in easy borrowing tied to the housing boom: Nearly 40% who took cash out of their residences using home equity loans are underwater, or owe more than their property is worth. To make matters worse, the S&P/Case-Shiller Home Price Indices recently revealed home prices slid 4.2% nationwide in the first quarter, the third straight quarter of such declines after the modest rebound in early 2010. Moreover, home values have fallen a staggering 34% since their peak in 2006 and the National Association of Realtors says inventory of unsold homes will take 9.2 months to unload–roughly 50% higher than what’s considered healthy.

These statistics may be overwhelming, but nothing is more poignant than witnessing the financial devastation of families whose path to prosperity is unraveling before their eyes. I know family members and friends–some drawn into the madness of using homes as trophies and others innocent victims of a collapsing market–who will be forced to spend the next decade repairing self-inflicted damage as they re-evaluate retirement plans.

Though it will not be easy for some to become financially whole again, I’m confident that through serious belt-tightening, better management of resources, and wise counsel, they will get their lives back on track. Their missteps related to homeownership, however, provide valuable lessons for all of us.

First and foremost, your house is your home but can also serve as a long-term wealth-building tool. But it should never be viewed as a piggy bank to fund indulgences. An encouraging 81% of homeowners surveyed in a recent Pew Research Center poll maintain that homeownership still represents the best long-term investment a person can make, even though 47% admit their home is worth less in today’s post-recession economy. I fully embrace their assertion and optimism. After all, we have prominently placed homeownership as a major tenet among black enterprise’s 10 Wealth for Life Principles.