Which Are the Top 10 Education Systems in the World? 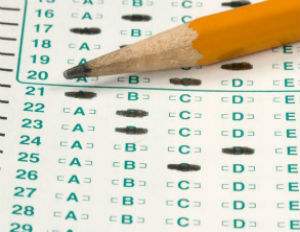 Of the countries (and one city) that possess the top 10 education systems in the world, as identified by results of the PISA (Programme of International Student Assessment), which is periodically administered to students in developed countries, one country is not that different from our own. Canada, our neighbor to the north, has a racially diverse, multicultural population not unlike that of the United States. Yet, across racial and socioeconomic divides, Canadian students excel. Apparently in Canada, all students are taught well whether they’re wealthy or not.

Other countries on the list? Finland, Japan, Poland, Singapore, Estonia, Hong Kong, South Korea, Shanghai (a city in China), and Taiwan–all of which are much more racially homogeneous.

According to a post excerpted below, from the website Edudemic, these countries’ education systems share an emphasis on curriculum and teacher preparation, but otherwise they differ, indicating that good education can be approached in several ways.Â

Every three years, theÂ Programme of International Student AssessmentÂ conducts an international assessment of the educational programs provided in countries across the world. The test measures the skills and knowledge of 15-year-olds in more than 70 countries, regions, and economies, covering reading, math, and science. In addition, education systems can also choose to test their students in creative problem-solving and/or financial literacy.

The test is given at random schools worldwide and is a mix of multiple choice questions and open-ended responses. The PISA test is not based on any particular school curriculum. Instead, it is intended to measure how students at the end of compulsory education (age 15 in many counties) apply what they’ve learned to real life skills.

The 2012 PISA results are the most recently published (2015 test results were not available at the time of this article). Many of the top performing countries from 2009 continued to dominate the assessment. However, a few newcomers–Taiwan, Estonia, and Poland–edged their way into the 2012 rankings. Let’s take a look at the top 10 performing counties in the world based on the PISA assessment and see what they’re doing right for students, teachers, and schools.

Top 10
Canada: In Canada, there is not a lot of difference in how students across racial, ethnic, or socioeconomic statuses perform on the PISA. Even students from a heavily populated province, Ontario, had strong scores. The Canadian education system is decentralized; each province and territory has control over curriculum. However, the provinces use each other as models and benchmarks when devising new best practices. The regional governments work together to maintain rigorous teacher recruitment and training practices. Family engagement, dropout prevention, and technology initiatives are also front and center in some of Canada’s latest education reforms.

Finland:Â We’ve previouslyÂ covered the educational initiativesÂ in Finland that make its schools stand out on the world stage.