A white couple from Florida was arrested after allegedly shooting at two Black men after they dropped off a U-Haul van, according to the Tallahassee Democrat.

Late last week, Charles McMillon Jr. was at a U-Haul dropping off a rented van with his son and childhood friend Kendrick Clemons. They had just left the van at a U-Haul drop-off location at Fountain Plaza on Apalachee Parkway and as they were sitting in a truck where McMillon was preparing to leave and typing in the mileage on a phone app, there was a gunshot. As the men looked back, they noticed an older white couple coming in their direction with guns pointing at them. The couple then yelled “Don’t move!” and demanded that the men surrender. But McMillon placed his GMC truck in reverse, drove around the rented van, and took off in fear as they heard more gunfire as they fled.

Charles McMillon Jr. was dropping off a U-Haul van with his young son and a friend on Thursday night when out of nowhere bullets started flying. Luckily, a police officer happened to be in the parking lot and intervened.
https://t.co/DJPMYalT8a

The white couple, Wallace Fountain, 77, and his wife, Beverly Fountain, 72, own the strip mall and claimed that they were having problems with people stealing gas and wanted to scare off any culprits.

McMillon and Clemons assert that the couple racially profiled them and that’s the reason they shot at them without asking questions or trying to find out what they were doing there.
“They saw three Black people, unarmed, dropping off a U-Haul,” McMillon said. “They got guns, they started shooting. That’s why it’s racially motivated.”
Beverly Fountain denies that the shooting had anything to do with race. She claims she didn’t even know McMillon or Clemons’ skin color.
“Were they Black?” she asked. “We weren’t going off on that at all. You’ve got vandalism and theft going on at your property. Trying to protect your property — that’s the only issue.”
Tallahassee Police Department said police officers arrested the Fountains on three counts of aggravated assault with a deadly weapon without intent to kill. They were carrying several pistols, including a .357-caliber Magnum and a Glock 19. Officers also found a shotgun in their U-Haul. 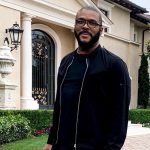 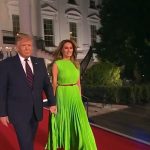