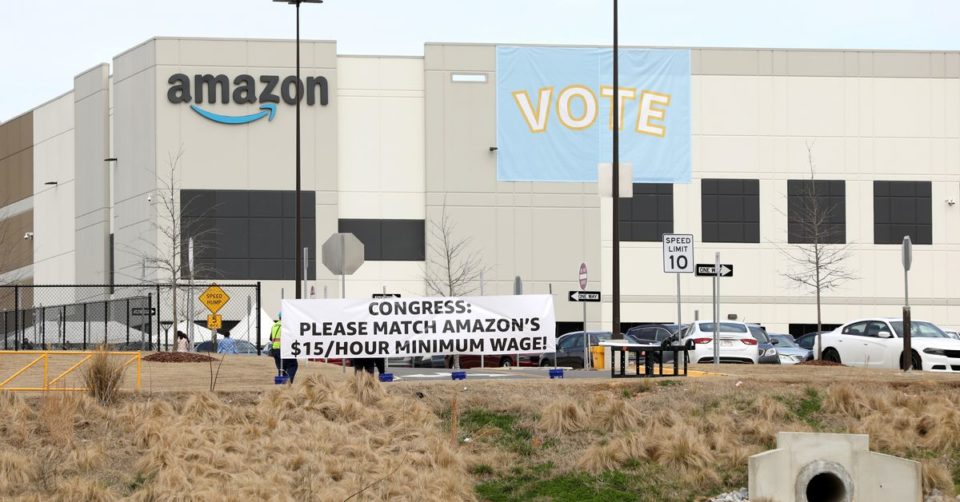 The White House is discussing whether to help employees from unions. Image: Twitter/@Reuters

Reuters – The White House labor task force, headed by Vice President Kamala Harris, is set to meet for the first time on Thursday, to promote labor organizing at a time when just over 6% of U.S. private-sector workers belong to unions, according to White House officials and the Department of Labor.

Labor Secretary Marty Walsh will serve as vice chair of the group and will attend the meeting in person, a Labor Department spokesperson said.

Biden’s executive order directed the task force to devise a set of recommendations within 180 days to address two key issues: How existing policies can promote labor organizing in the federal government, and looking at necessary new policies and the associated regulatory challenges.

Biden is widely considered to be the most pro-union president in decades and has earned praise from the country’s labor leaders. He has moved quickly to oust government officials whom unions deemed hostile to labor and reversed Trump-era rules that weakened worker protections.

The task force, which includes more than 20 heads of agencies and Cabinet officials, including Treasury Secretary Janet Yellen and Defense Secretary Lloyd Austin, is an extraordinary effort by the president to help reverse the decades-long decline in union membership and power, labor experts said.

Over 65 percent of Americans approve of unions, the most since 2003, according to a 2020 Gallup poll, despite the much lower membership rate.

The labor movement faced one of its biggest setbacks in recent history after an organizing drive at an Amazon.com facility failed earlier this month.

Unions have lobbied for the passage of the Protecting the Right to Organize Act, or PRO Act, which prohibits employers from holding anti-union meetings and imposes penalties for violating workers’ rights. The House passed the measure in March and Biden supports the legislation, but it faces long odds in the Senate.

(Reporting by Nandita Bose in Washington; Editing by Will Dunham, William Maclean)