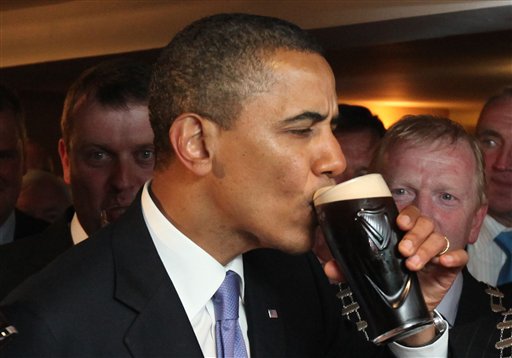 It’s no secret that the commander-in-chief, President Barack Obama, loves to drink beer from time to time. Now it appears he doesn’t have to go far for a round of brew. In a blog post, “Ale to the Chief,” the White House released its highly sought-after beer recipes.

After the president made mention of his campaign bus being stocked with beer brewed at the White House, a Reddit user submitted a Freedom Of Information Act Request for the recipes, while thousands signed the We The People petition to reveal the unknown secret recipes. The two recipes, the “Honey Ale” and “Honey Porter” are brewed with White House honey, the recipes stated.