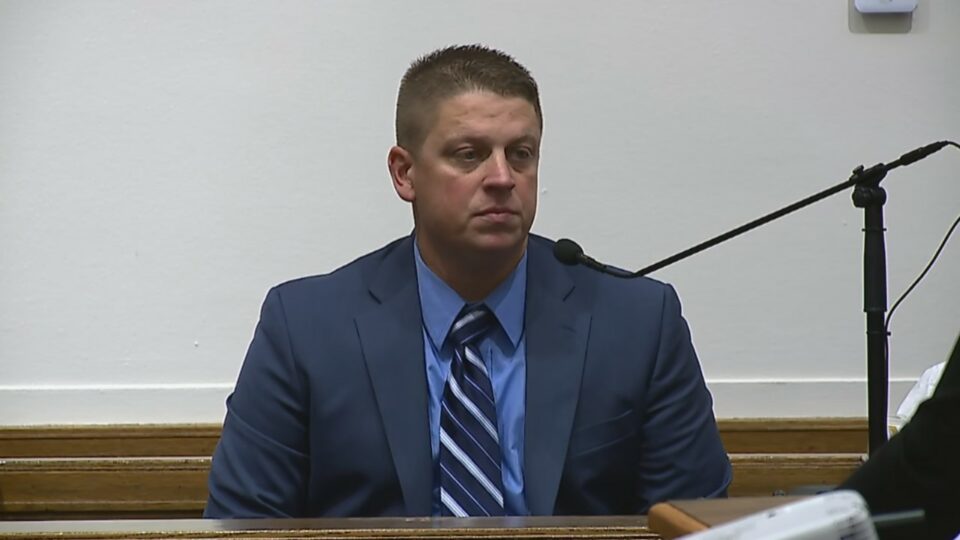 With the conviction, former officer Eric DeValkenaere became the first law enforcement officer in Kansas City to be convicted for the fatal shooting of a Black man, according to KCUR.

Lamb, a 26-year old father of three, was shot four times by DeValkenaere while backing his pickup into his garage on Dec. 3, 2019. Jackson County Judge Dale Youngs issued a bench ruling without a jury at DeValkenaere’s request, saying he had no probable cause, no warrant, and no consent to enter Lamb’s property. Youngs ruled the officers initiated the aggression and had no right to use deadly force.

However, Youngs didn’t address the prosecution’s allegation that the officers planted evidence to say Lamb was the aggressor.

On Dec. 3, 2019, Lamb argued with his girlfriend, and the incident turned physical. Eventually, Lamb left the residence and received a call from his roommate to return home. Meanwhile, police were investigating a crash in the area and reported Lamb’s red pickup chasing a purple Mustang. A police helicopter spotted Lamb’s pickup and followed it to the residence.

DeValkenaere and his partner, Troy Schwalm, both violent offender plainclothes unit members, responded to the call. According to prosecutors and Roberta Merritt, Lamb’s girlfriend, the men never identified themselves, did not ask permission to walk onto the property, and did not have a warrant.

Prosecutors added there was no evidence showing a crime had taken place, nor was anyone in danger when the officers arrived. They also alleged the two officers planted evidence to support their story of what happened.

Another officer who was the first to arrive at the scene after the shooting testified that he didn’t see a gun below Lamb’s left arm; however, a weapon was in police photographs.

Schwalm testified Lamb had his left hand on the steering wheel and was holding his cellphone in the other hand, and after instructing Lamb to turn off the engine and get out, DeValkenaere screamed out, “He’s got a gun.”

Schwalm initially told investigators Lamb did not have a gun, but according to The Kansas City Star, he changed his story in court, saying, “I was involved with someone who tried to kill me.”

DeValkenaere fired four shots into Lamb’s chest and torso. The shooting took place nine seconds after the officers arrived on the scene. The 20-year veteran faces up to four years in prison and is free on bond until his sentencing.

The incident came months before George Floyd was killed by Minneapolis police officer Derek Chauvin, which kicked off the 2020 Black Lives Matter movement.