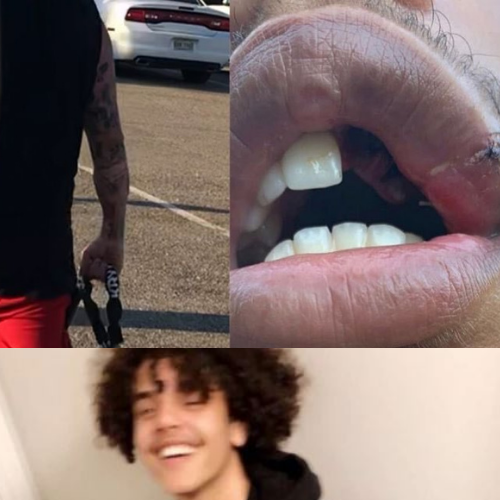 A white man from Michigan will serve up to five years for smashing the teeth out of a Black teen’s mouth with a bike lock.

Mouat, who was reportedly with his family, made racial comments toward the teens as he walking to the park.

Freelon recalled someone at the beach stating, “N—– don’t belong on this beach,” in the direction Mouat was heading.

Witnesses also heard Mouat saying, “This is my beach, n—–!,” “Black Lives Don’t Matter,” and “I wish someone would say something to me so I can beat them,” USA Today reported.

Mouat’s unprovoked threats were met with the teens defending themselves; One of the three teens was quoted as saying he would jump the much older man.

When Mouat retreated to the parking, they assumed he was going to leave peacefully with his family, but the white man returned with a bike lock he had retrieved from his vehicle.

The man sucker-punched Freelon in the face, causing some of his teeth to fall out.

While Freelon lay injured on the ground, Mouat took a swing at a different teen, but he missed.

On March 30, in federal court before U.S. District Judge Stephen J. Murphy III,  Mouat admitted to his wrongdoing and was rebuked by the state’s assistant attorney general.

“The defendant brutally attacked teenagers at a public beach because these young people are Black,” said Assistant Attorney General Kristen Clarke for the Justice Department’s Civil Rights Division, according to the USAToday. “Hate-fueled violent crimes like this have no place in our communities. Protecting Americans from hate crimes is a top priority of the Justice Department and we will use every tool available to bring perpetrators to justice.”

“Our office is committed to protecting the rights of all citizens, and prosecuting hate crimes is a top priority,” said Acting U.S. Attorney Saima Mohsin for the Eastern District of Michigan, according to USA Today. “The cowardly and unprovoked attack on this young victim is terribly disturbing. Every individual citizen has the right to not live in fear of violence or attack based on the color of their skin.”