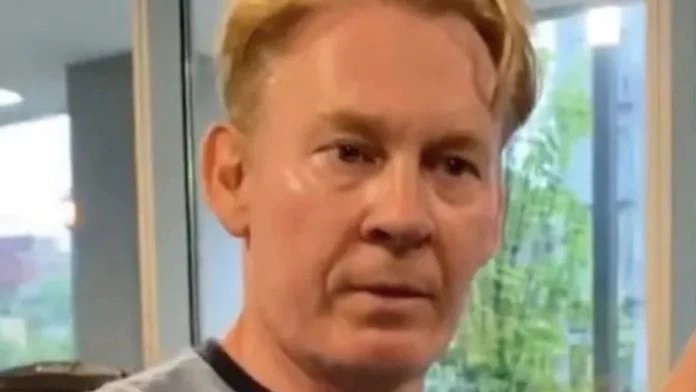 A white man threatened to call the police on some black men at a Minneapolis gym after accusing them of not belonging in the building, according to Business Insider.

In another case of racial profiling, the black men, the entrepreneurs behind Team Top Figure, a social media consulting firm, shared the encounter in the Mozaic East building, where they rent space from a WeWork on site. They were entitled to use the gym.

The white man, Tom Austin, a venture capitalist who runs the F2 Intelligence Group, approached the men questioning whether they belong there.

Normally we don’t speak out about encounters of racial profiling and age discrimination that we face day to day in our lives as young black entrepreneurs. Although today May 26th 2020 7:51pm we encountered a situation where a man entered the facility, a shared private gym that we utilize in our @wework @mozaic_east office located in uptown Minnesota. Granted we’ve been in this office space and have rented and grown our business for the past 1 year and half here. As we were working out this man approached and immediately asked us who we were and if “WE BELONG” in this building. Granted in order to enter the building you NEED a key card to enter EVERY part of the building which EACH of our team members individually have. We all pay rent here and this man demanded that we show him our key cards or he will call the cops on us. We are sick and tired of tolerating this type of behavior on a day to day basis and we feel that we had to bring light onto this situation.

“Yes, I f—-d up. Should have handled it differently.  Not my job to have done anything. Building management had been complaining that tenants were allowing their friends to trespassing and use a private gym that was authorized only for building tenants. Said hello to everyone when I walked in. But after working out for 10 minutes, I noticed that one of the tenants seemed to have brought 4 friends and I complained to them that this isn’t right. One guy was letting his other 4 friends in and out of the building with his pass card FOB. Four guys didn’t have a FOB. When I said something, they got in my face accusing me of racial profiling. I said it wasn’t racial profiling and it was all about suspicious activity/behavior. Because they were in my face and didn’t have pass cards, I took photos and called the property manager. I only called the building property manager!  Never called 911.  I told them I’d have done the same thing if they were white, or even a bunch of girls who were trespassing. What surprises me is that we worked out in gym together for another 45 minutes. I had already apologized to them for making them feel it was a race issue and I listened to all their grievances about “being black.” When I left the gym, at the end of the night I said “Have a great night, hope we’re good.” and did a fist bump with each of them! There is way more to the story. Fake news!”

The Star Tribune reported that Stuart Ackerberg, CEO of Ackerberg Group, which owns the MoZaic East building, has terminated Austin’s lease. Ackerberg said he was still heartbroken from seeing the video of police brutality victim George Floyd when he viewed the video clip of the confrontation.

He said that two WeWork members used their key fobs to access the gym and he assumes the other people in the Top Figure group also were employees.

“It appears they had every right to be there and to use that amenity,” he said.

Ackerberg said he spoke to Austin on Wednesday and expressed his dismay.

“I shared with him that I did not think it was handled well and there are other ways to go about this,” he said. “It’s unfortunate. Our goal is to create a safe and inviting experience for everybody.”