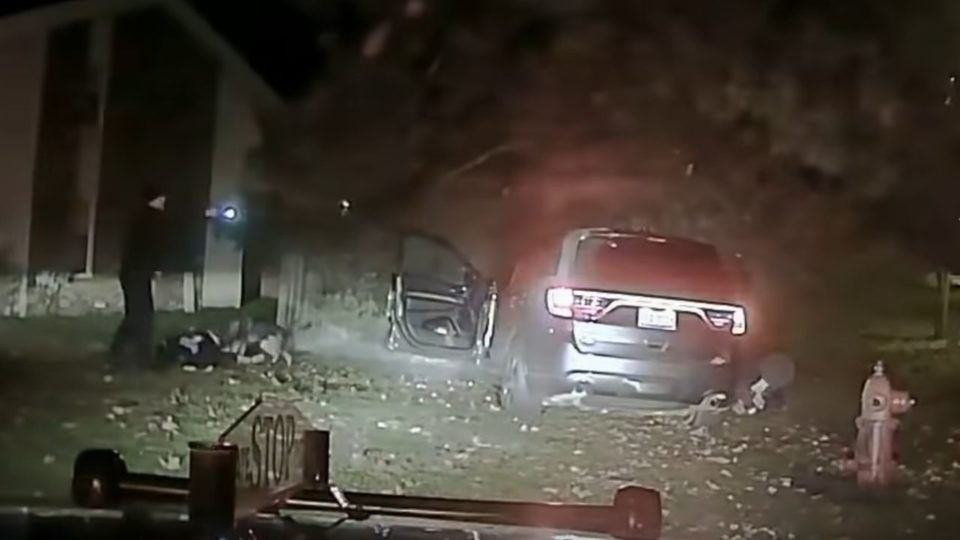 A Michigan State Police Trooper is facing a felony charge after a revealing video from a police dashboard camera was released to the public. The footage shows that the trooper allowed his police dog to attack a Black suspect for almost 4 minutes as the man pleads for him to stop the dog from attacking him.

According to The Michigan State Police Department, Parker Surbrook, a Michigan State Police (MSP) trooper who is assigned to the Lansing Post, was arraigned in the 54-A District Court on one count of felonious assault. The charge is based on his on-duty actions during an arrest that took place last year on Nov. 13, 2020, in the City of Lansing.

Surbrook was working with a multijurisdictional task force when he took part in a traffic stop on a vehicle where there was a passenger who was believed to be armed. After the car took off and crashed into a tree, Surbrook and an undercover police officer approached the vehicle and Surbrook sent his police dog after the driver who was already outside of the car. Surbrook then allowed his dog to continue to attack the driver for an extended period of time, despite pleas from the man to stop the attack.

The action that Surbrook took was captured on his patrol vehicle’s in-car camera. In allowing this action, Surbrook was not in “keeping with the standards of professional conduct expected” by members of the Michigan State Police.

“The Michigan State Police is an agency that prides itself in our troopers’ abilities to react with calm and confidence even in the most dangerous and harrowing of circumstances,” stated Col. Joe Gasper, director of the Michigan State Police Department in a written statement. “While the unfortunate reality for police officers is that use of force is sometimes a necessary action to ensure the protection of themselves or others, care, and concern for human life should always be at the forefront of any police officer’s actions. This makes Trooper Surbrook’s disregard of the driver’s pleas for help totally unacceptable.”