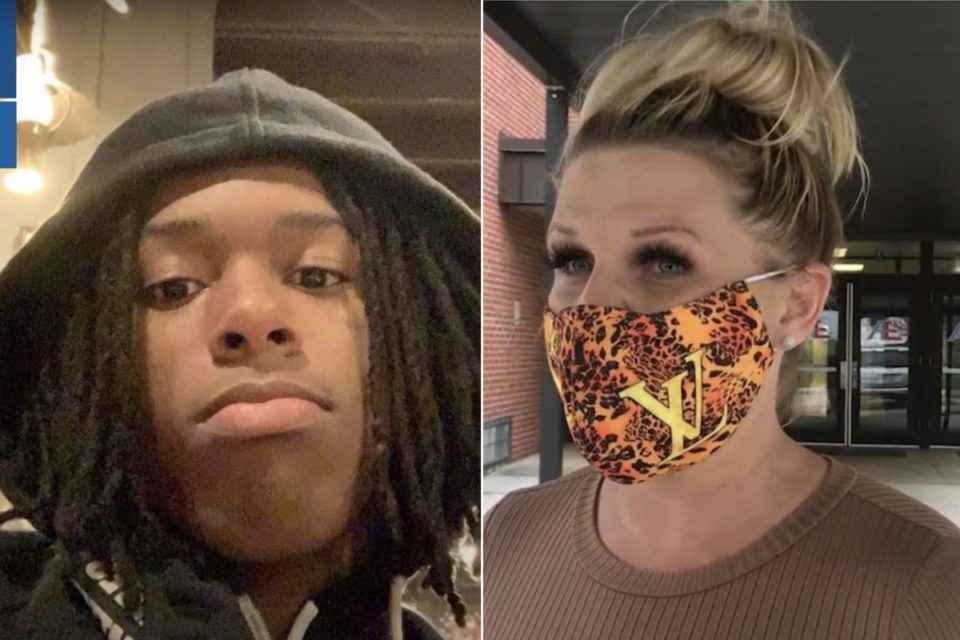 A Tennessee mom who called the cops on her teenage daughter’s Black boyfriend regrets dialing 911 after police ended up fatally shooting the high school student.

Seventeen-year-old Anthony J. Thompson Jr. was shot and killed by Knoxville Police on Monday, April 12 at Austin-East Magnet High School, Knox News reports. His death came after his girlfriend’s mother, Regina Perkins, called the cops on him to report a physical altercation he had with her daughter Alexus Page.

“I am so sorry, and I never meant for anything to happen to him,” Perkins said. “We are mourning, my daughter is grieving the loss of her first love and we also want answers and justice in this case.”

The community became outraged after authorities gave mixed reports on how Thompson ended up dead. Cops first claimed an officer was shot by a bullet that came from a gun Thompson allegedly had when he was approached in the school’s bathroom. However, 48 hours after the shooting, the Tennessee Bureau of Investigation confirmed “The shot that wounded a police officer in the confrontation was not from Thompson’s gun.”

This is Anthony Thompson Jr. — a 17yo Black teen killed last week by @Knoxville_PD in his school’s bathroom. They first said Ant shot a cop before another returned fire, but now admit the cop accidentally shot himself! Why isn’t anyone talking about this? We must demand answers! pic.twitter.com/ifTh7DFniK

“Once again, when a Black person is killed, in this case a Black child, the police quickly shape a narrative to justify the death,” Crump said in a statement shared on Twitter. “The world was told that Anthony shot an officer and that’s why police fatally shot him. Then, the facts revealed the only shots fired were by law enforcement and the injured police officer may have been struck by his own bullet or another officer’s bullet.”

Knoxville Mayor Indya Kincannon has also demanded that the bodycam footage be released to the public.

“We pursued these (body-worn) cameras as another tool to build public trust and to be transparent with the community,” Kincannon said. “Transparency also means timely, not six or 18 months later, but as soon after an incident as possible. Every day the video is not released perpetuates rumors and misinformation. Every day that video is not released undermines public trust.”