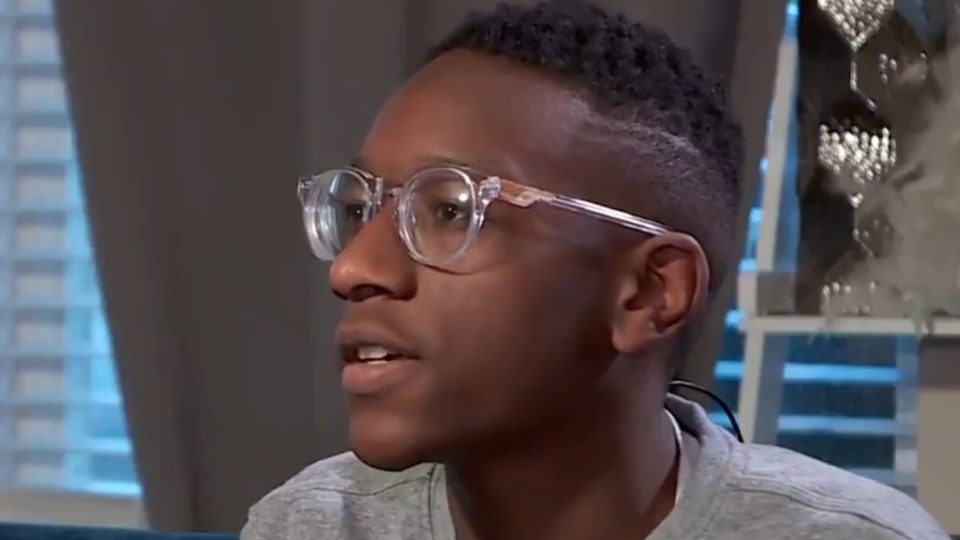 A Black teenage boy in Oklahoma has stated that he was confused and embarrassed when his white middle school teacher informed him that his T-shirt, which had “Black King” written on it, was racist.

According to KFOR, the 13-year-old student, Latrell Taft, said that during his science class at Heartland Middle School, his teacher noticed his shirt and instead of focusing on the subject, she turned her attention to the shirt he was wearing.

“She said that if she had a shirt that said white queen it would have been racist,” Taft said. “Then after that, she said we need a white history month. I said Black people don’t have enough recognition and we barely learn about Black people in February at my school.”

Here’s Latrell’s t-shirt he wore to school on Tuesday pic.twitter.com/0vzotbKovd

TONIGHT AT 10 on @kfor: 13-year-old Latrell Taft tells me he was confused and embarrassed when his middle school teacher questioned his t-shirt reading – Black King. @EdmondSchools – now launching an investigation. The teen’s mother has a meeting with the principal tomorrow. pic.twitter.com/WLNRZ0cwi1

Heartland Middle School released a statement regarding the incident.

“Edmond Public Schools is aware of an incident in a classroom at Heartland Middle School involving a district employee and a 7th-grade student who wore a t-shirt featuring an outline of Africa and the words “Black King” written on the front. Upon becoming aware of the incident, the school site and the district began a prompt investigation which is ongoing. District staff is also in contact with the parent of the student. If it is determined that the student was the target of discrimination, bullying, or racism, appropriate and swift action will be taken as required by District policy.

“Edmond Public Schools prohibits discrimination on the basis of race, color, sex, national origin, disability, and religion, and complies with all federal and state civil rights laws. Furthermore, the district has taken numerous steps to address discrimination in Edmond schools, including providing professional development for staff on the issue of unconscious bias and ensuring equity for all. The district administration is continuing to assess the need for more training and professional development in this important area.”