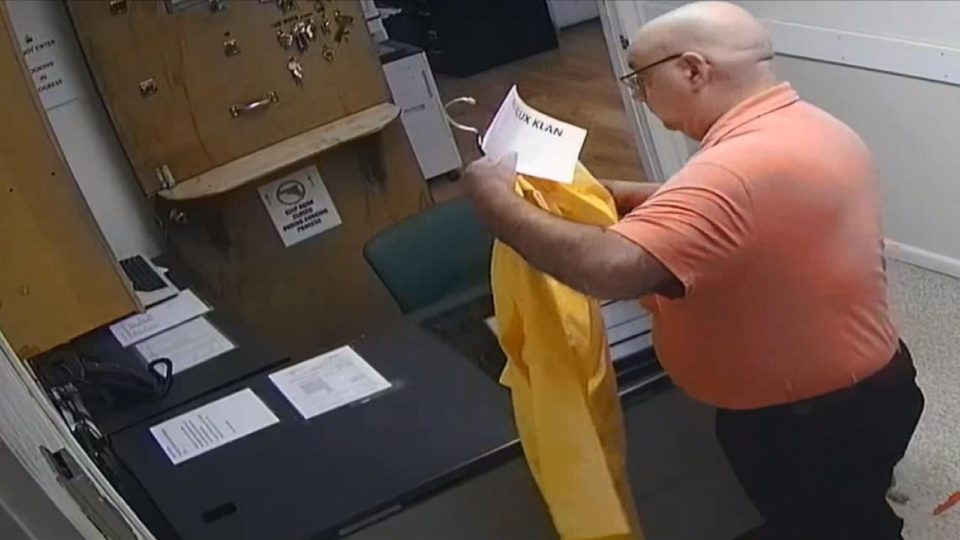 A white police chief resigned on last Tuesday after he placed a “Ku Klux Klan” note on a Black officer’s desk.

Former Sheffield Lake police chief Anthony Campo in Sheffield Lake, Ohio, reportedly thought it was a funny “joke” when he put a racist note on the desk of a fellow unidentified Black officer, Cleveland.com reported.

Video shows Campo placed a note that says “Ku Klux Klan” on the jacket laying on the Black officer’s desk.

For further context, Campo, who has been on the force for 8 years, was the Black officer’s superior, who started nine months ago.

Campo’s resignation was forced by Sheffield Lake Mayor Dennis Bring, who was informed of the incident because Sheffield Lake Law Director David Graves received a harassment complaint from the police union.

The mayor was appalled that the then-police chief would think using white supremacy would be a suitable “prank” on a Black officer.

“He thought this was just a joke,” Bring told Cleveland.com. “How can you possibly think that you can put something on somebody’s jacket like that, and especially if they were African American, and think this is a joke? This is the most egregious and offensive thing you could possibly do. And it’s embarrassing and disgusting.”

“I came into the chief’s office, and he’s standing there with a smile on his face,” Bring told Cleveland.com. “He goes, ‘So, am I fired?'”

In response to Campo’s carelessness, Bring brought him an ultimatum with such fierceness: Bring told him he had 10 minutes to get out of his office, he was immediately placed on administrative leave until further notice, he was not allowed to touch anything, and he was told to surrender the keys to his cruiser and had to find another way back home, according to Cleveland.com.

The mayor then had a heart-to-heart moment with the Black victim.
“It took us 10 minutes to talk to each other because we both sat there crying,” Bring said. “I apologized to him. I can’t describe it in one word. This is not a mistake. This is something so egregious I can’t describe it.”