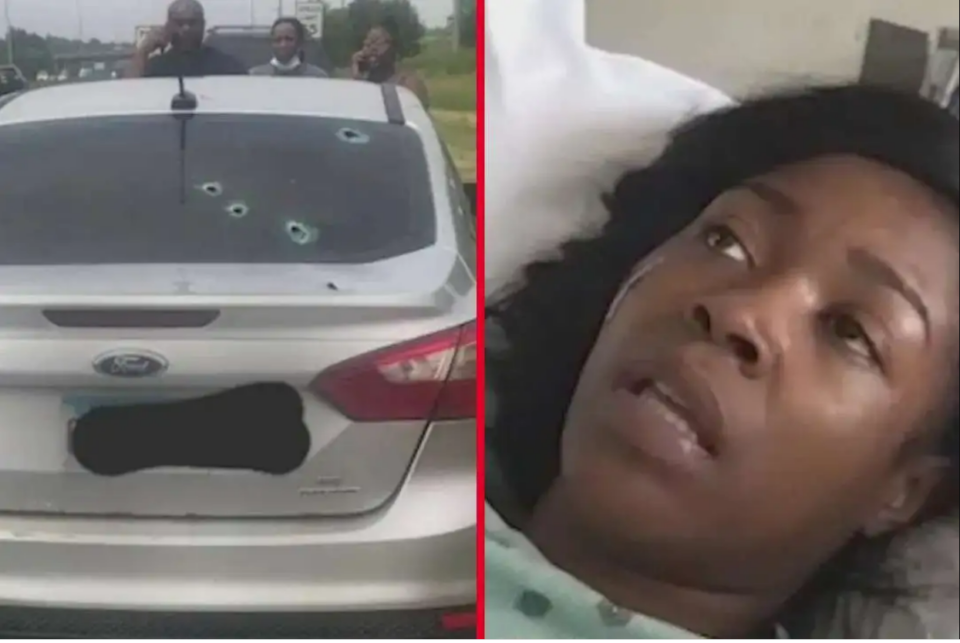 A Black woman in Park Forest, Illinois, is demanding charges be filed against the white driver who shot her six times after a road rage encounter.

Aaliyah Ivory, 24, was on her way to Chicago to hang out with friends just before 2 p.m. on Saturday when she encountered an enraged white man who was upset that she cut him off on the I-57, WGN-TV reports. After merging onto I-57 northbound from Lincoln Highway near Matteson, Ivory was confronted by a white man who fired shots into her car.

“He wouldn’t let her over, so he tried to push her off the side of the road,” Ivory’s family said. “She cut him back off; he pulled up on the side of her, called her a racist name.”

“She called him a name back — he got behind her, next thing you know bullets started to shoot.”

Ivory was able to pull over, and witnesses rushed to her aid. She was rushed to the hospital in critical condition. CBS News reports that Illinois State Police did arrest the alleged shooter, but a detective later told the family the man claimed he feared for his life, so he was released without facing any charges.

Ivory’s sister, Ashlee Johnson, said she did have a concealed carry permit, but she never touched her weapon.

“How did he fear for his life?” she said. “I never drew my gun. I never gave him no reason to shoot me – and then you shoot me six times.”

“My sister is concealed to carry,” Johnson added. “She does have a weapon, but she never drew her weapon; never shot her weapon. Her weapon was never taken off safety.”

Illinois police remain silent on the shooting, and the gunman still hasn’t faced any charges.

“All of the shots were in the back of her car,” Johnson said. “Be held accountable for the things that you do.”