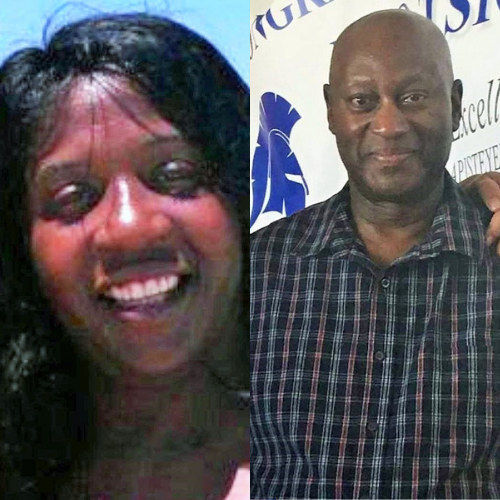 The authorities in Winthrop, Mass. believe 28-year-old Nathan Allen, a suspect with racist, anti-semitic views who stole a truck, crashed into a house, and shot two Black people was motivated to do it because of hate.

The incident is being investigated as a hate crime, according to the New York Times.  Allen, who has a license to carry a gun, fired his shots that killed 53-year-old David Green, a retired Massachusetts State Police officer and Ramona Cooper, a 60-year-old Air Force veteran who was still working with the military, both of whom are Black people,  according to reports.

On Saturday, Allen, who allegedly had murderous intent, walked passed several people who were non-Black, according to district attorney Rachael Rollins of Suffolk County.

As part of the police investigation, they found a notebook that belongs to Allen. He shares white supremacist values with a deep hatred for Black and Jewish people according ABC 5 Boston.

It is also worth noting that Allen was spotted between Shirley and Cross Streets, the locations of several synagogues in Winthrop.

“We don’t know where he was going; that is mere speculation,” Rollins said. “We do know if he had anti-Semitic rhetoric written in his own hand.”

Cooper died in a hospital due to her severe injuries and Green was pronounced dead on the scene.

An officer pulled up to the scene and ordered Allen to drop his weapon, which he did not do and ultimately was killed, according to reports.

People were initially trying to help Allen, who had crashed into a gated house with a truck.

“Citizens of Winthrop offered help because they thought this individual, Nathan Allen, had just gotten in an accident,” Rollins said. “But they are alive and these two visible people of color are not.”

Green, a police officer since the 80s and a retired state trooper since 2016, saw that Cooper was shot and tried to stop Allen before authorities came.

“He was heroic in the 36 years he gave to law enforcement, just as Ramona Cooper serving our country and the Air Force was a hero as well,” Rollins said. “It’s just a really tragic day in Winthrop.”

“Trooper Green was widely respected and well liked by his fellow troopers, several of whom yesterday described him as a ‘true gentleman’ and always courteous to the public and meticulous in his duties,” Col. Christopher Mason of the Winthrop Police Department said in a statement about Green said. “From what we learned yesterday, he was held in equally high regard by his neighbors and friends in Winthrop.”