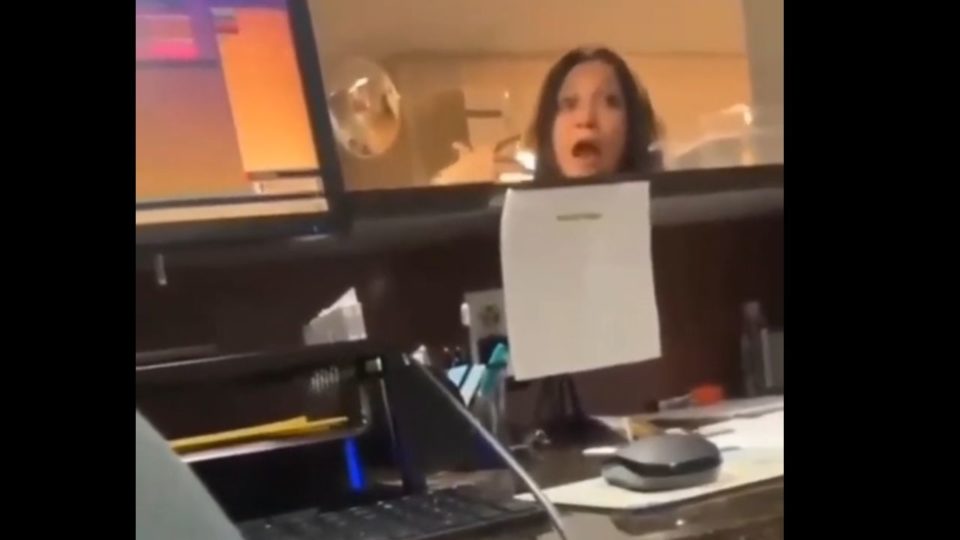 A White woman from New Jersey is facing charges of bias intimidation, harassment, and assault after she was caught on video spewing racial slurs against a Black woman at a hotel in Mount Laurel.

According to 6 ABC Action News, police officials say that Elizabeth Trzeciak, 46, of South River was seen on video berating a Black hotel clerk at the Super 8 hotel, yet, she wasn’t even a guest at the hotel.

An employee of Super 8 filmed the encounter and posted it online.

Fox 29 reported that the Mount Laurel Police Department was called to the motel on Fellowship Road to respond to a call of a disorderly woman in the lobby. Officials stated that Trzeciak was intoxicated when police officers spotted her in the parking lot of the hotel. Police found out that she was staying at another hotel nearby and released her to a family member.

Several hours later, the police were shown the incendiary video of Trzeciak from the lobby of the Super 8. Police said Trzeciak also knocked items off the desk and threw some of them at the hotel employee. The Philly Voice also reported that after viewing the video, Trzeciak was charged with bias intimidation, assault, harassment, and disorderly conduct. A Burlington County Judge had ordered the charges to be placed on a warrant.

“Based on the evidence from the video and again interviewing the victim, Ms. Trzeciak was charged with bias intimidation, assault, harassment and disorderly conduct after a review by an Assistant Prosecutor from the Burlington County Prosecutor’s Office,” police said. “A judge ordered charges placed on a warrant.”

Trzeciak appeared in court on Thursday, July 23. She is going to remain in custody until her detention hearing on Wednesday, July 28, in Burlington County Superior Court.

It is unclear why Trzeciak entered the hotel and embarked on her diatribe. “Nobody deserves to be treated like that,” Michelle Banfe, vice president of operations at the Super 8 hotel, told The Philly Voice. “I was appalled.”