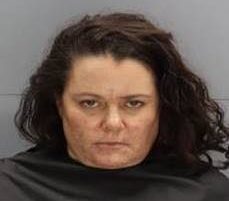 A white woman shot up two homes that belong to a Black family and a Mexican family. She was charged, but not for a hate crime.

South Carolina resident Mandy Fortson was found guilty of attempted murder and other charges and got sentenced to 20 years — 15 years in prison on the attempted murder charge and five years each on the other two charges, which will be served concurrently.

However, this is a lighter sentence compared to what she could have received if South Carolina had a law regarding crime laws.

According to prosecutors, Fortson, 48, used a revolver that was about a footlong to shoot at the backyard of her two neighbors in 2017. Children were inside both neighbors’ houses at the time of the shooting.

A Black man was struck by the bullets in the wrist and hip, according to the courts, but everything else was unharmed.

The incident did, however, scare the children.

Again, it is not clear why Fortson, a former paramedic for the Richland County, committed the act, but with the help of witnesses who testified that Fortson was the shooter, police were able to arrest her.

When police first approached Fortson, they noticed she had a sign that said “Forget about the dog. Beware of owner,” with the human figure holding a gun.

South Carolina is one of the three states that does not have a hate crime law, alongside Arkansas and Wyoming. The state has passed legislation for a hate crime bill, but it was adjourned by the state Senate, The State reported.