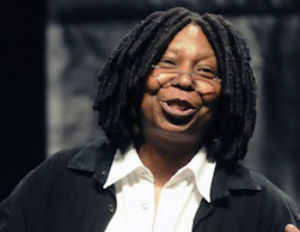 “In America, where we all live,â€ Goldberg said, “we have the right to say, ‘Listen, I have a different opinion’ – without having some bonehead sitting in their house talking about, ‘You should be thinking like I think.’ No! That’s not America.â€

Stacey Dash caused a controversy amongst the Twitter world when she stated she would vote for Republican presidential hopeful, Mitt Romney.