Whoopi Goldberg's Granddaughter Has a Sense of Humor Like Her; Says Grandmom is 'Annoying' 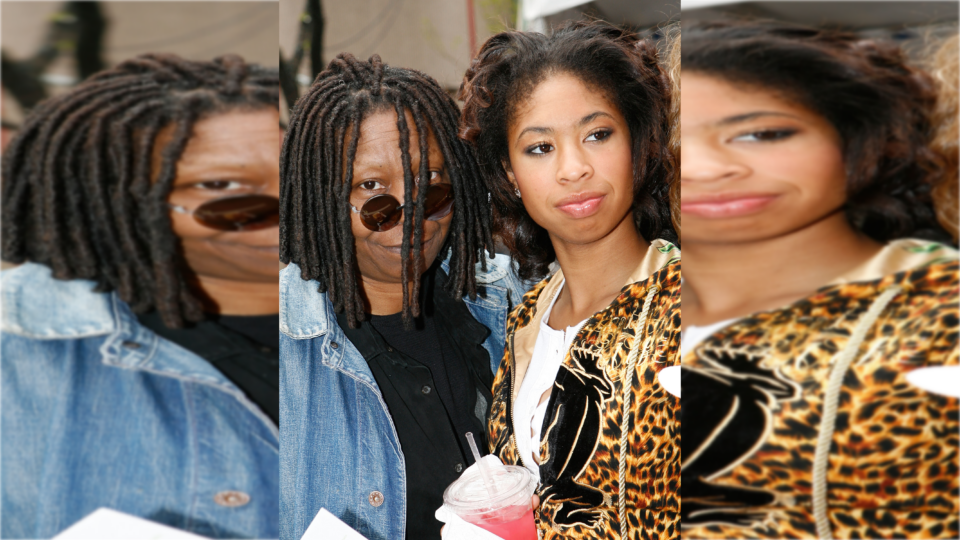 Whoopi Goldberg’s granddaughter, Amarah Skye, is opening up about their family dynamic and how “annoying” the Hollywood legend can be when taking on her grandmother role.

Skye is the daughter of Goldberg’s only child, Alexandrea Martin-Dean. She was born when Martin-Dean was just 16 and before she married and had two additional children, Jerzey and Mason.

Now 32 and mother to her 8-year-old daughter, Charli Rose, Skye acknowledges how close-knit her family is after a long line of young mothers.

“We’re a young family,” Skye told Essence. “My grandmother’s mother raised me for a little bit. My grandmother is a great-grandmother to my daughter. So we’ve created that connection. There’s only five of us in our family. We’re all we’ve got, so we take each other real close.”

The doodle artist and Claim to Fame star shared her close bond with Goldberg, with whom she shares the same birthday.

“Me and my grandma are super close. She’s everything,” Skye said. “It gets frustrating because it’s like, how am I going to compete with that? But I’m lucky enough to have that.”

Being raised by The View host and EGOT recipient comes with its perks. But despite her fame and recognition, Skye says Goldberg is still every bit of a grandma as the next.

“I just feel like people know my grandmother for being Whoopi. She’s iconic, she’s political, everything she says holds water, but that’s the viewer’s eyes,” Skye said. “She’s my grandmother and she’s also really a grandmother.”

“People who are lucky enough to have them know, grandmothers are annoying and it’s another parent,” she added. “You love her, but she’s annoying, and you know, it’s family.”

With Skye coming into her own and breaking out of her grandmother’s shadow, she’s even more appreciative of how Goldberg worked to keep her family grounded despite her success in Hollywood.

“She wants us to be real people. Stuff is not just handed to us. It could be, but it’s not,” Skye said. “I just want people to know that I really worked hard for my position and the stuff that I did.”

“I did a lot without my grandmother’s help. But the fact that she’s there to give me the help, you know, I don’t want to run it up. I want to do what I can do.”