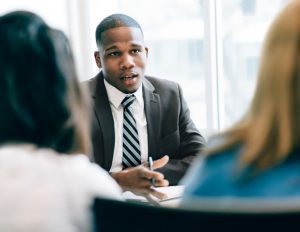 In June 2016, I began to speak with venture capital groups about financing for my company. We were considering fundraising in 2017 and wanted to connect with potential investors early. Interestingly, almost all the VCs posed a question they had never asked before: “How soon can you become profitable?â€

That question is more confusing than it might appear. On the one hand, tech entrepreneurs know that businesses are supposed to generate more money than they spend. When a business sustains itself, the founders don’t get trapped between equity dilution and survival, and the investors are happy as well. Profit is power.

On the other hand, audacious ideas require heavy spending. Not long ago, investors not only expected but encouraged founders to spend aggressively on marketing, talent, innovation, market expansion and everything else.

Fear changed. Fear of a bubble. Fear from the U.S. election. Fear of saturated software verticals. Fear that acquisitions have slowed. Fear that no matter how innovative a startup is, it may neither make a single dollar nor get acquired. The fear of failure has begun to outweigh hopes of finding the next ‘unicorn.’