Why Does NFLâ€™s Sapp Get Terminated While NBAâ€™s Anthony Get Suspended? 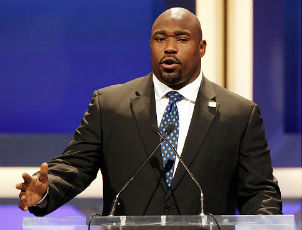 We all make mistakes at work or in our personal lives that may impact our work life. But wouldn’t it be great if we knew what we could put in place to make the penalty less? Well, let’s take a look at the tale of what happened to two sports athletes who appeared in court the day after Super Bowl for soliciting prostitutes. One was Warren Sapp, an NFL Hall of Famer who was fired immediately from his role as an NFL Network TV analyst after he was arrested. According to AP, Sapp was arrested Monday on suspicion of soliciting a prostitute and allegedly assaulting two women. The other, former New York Knicks point guard Greg Anthony, was suspended from his role as a CBS TV analyst after his Jan. 16th arrest for allegedly trying to hire a prostitute who was actually an undercover D.C. police officer, according to the Washington Post. Anthony returned to court on Monday and entered a not guilty plea.

What makes one get suspended and one get terminated?

It wasn’t their ability to do their jobs. You know how it goes; it requires more than just being good at your job to succeed.

They were both stellar athletes in their own right. Sapp was a strong defensive-end who was first-round draft pick for the Tampa Bay Buccaneers in 1995, where he played for nine years until going on to the Oakland Raiders where he played another four years. Sapp is no athletic slouch. He is a former NFL defensive player of the year, he won a Super Bowl with the Buccaneers and he was inducted into the Pro Football Hall of Fame in 2013. Sapp’s contract as a sports analyst has consistently been renewed since 2008 with NFL Network.

Anthony was known as a strong defender, being selected as a first -round draft pick in 1991 for the New York Knicks, where he played for four years. He went on to play for several other teams throughout his 11 year point-guard career to include the Portland Trail Blazers, and the Chicago Bulls. He has been a sports analyst since 2002 for ESPN, ABC and most recently CBS Sports.

But here are some differences that you may want to consider that stand out between the two “players,â€ which may impact how you bounce back from a career fumble.

Manage Your Money. According to AP and other sources, Sapp filed for bankruptcy in 2012 with more than $6.7 million in debt. Celebritynetworth.com estimates Sapp’s net worth at negative $1 million. On the other hand, the same celebrity wealth tracking site estimates Anthony’s net worth at $10 million. Even if these estimates are off by a few million, general observation and industry insiders corroborate that ‘Sapp squandered money and Anthony is not poor.’

Manage Your Reputation. This was not Sapp’s first offense. Coincidentally, the day before the Super Bowl in 2010, Sapp was arrested on a domestic battery charge. Those charges were later dropped according to AP but the reputation damage was done. Anthony has no reported arrests swirling around the internet. This appears to be his first arrest.

Manage Your Crazy. Sapp was hit with soliciting and assault. According to AP, police said Sapp “admitted involvement in the act of prostitution, but denied assaulting the femalesâ€ at police headquarters. It’s unclear as to whether Sapp’s attorney was present. On the other hand, Anthony entered a non-guilty plea at his hearing on Monday alongside well-known attorney Danny Onorato, who also represented Chris Brown during his D.C. assault case, according to the Washington Post.