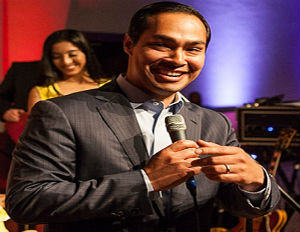 A small cabinet reshuffle within the Obama administration could have big implications for the next presidential elections.

President Obama is expected to announce Friday that he will nominate San Antonio Mayor Julian Castro as the next Secretary of Housing and Urban Development.

Castro replaces Shaun Donovan who becomes the head of the White House Office of Management and Budget.

Castro who is 39, is serving a third term as mayor. He is widely considered a star in the democratic party. He also delivered the keynote speech at the 2012 Democratic National Convention.

Before running for mayor, Castro served two terms on the San Antonio City Council. He also worked as attorney.

He’s also the twin brother of Congressman Joaquin Castro, a Democrat from Texas.

If Castro makes it past the Senate confirmation process he’ll add another Latino and political star power to the president’s cabinet.

Castro’s presence in Washington could be a strategic move. The San Antonio Mayor has been speculated to be a possible Democratic vice presidential pick in 2016.

When Hillary Clinton was asked on ABC “Were you to run for president in 2016, would you consider Elizabeth Warren or Julian Castro for your running mate?

Clinton called both of them “extraordinary leaders.â€

If Castro is selected as a choice for Vice President he’ll be bringing with him a large block Hispanic votes.

According to ABC, “Julian and his brother Joaquin said they think Texas is on its way to electing more Democrats than Republicans.”

The White House statement on Castro’s potential nomination applauds his achievements. It says “In five short years, Mayor Castro has made significant progress in San Antonio and put the city and its citizens on a new trajectory.Â Â He has been a leader among mayors in terms of implementing housing and economic development programs and under his leadership San Antonio has been highly successful at lifting educational attainment and spurring job creation”.

Change-Makers by the Bay