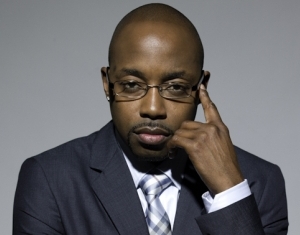 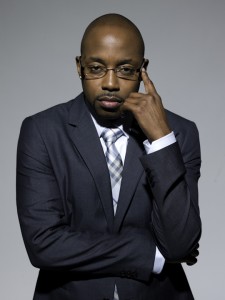 After nearly twenty years and with 15 films to his credit, producer Will Packer has firmly established himself as one of Hollywood’s most successful businessmen. Â The co-founder of the Atlanta-based Rainforest Films and a partner in the recently launched Bounce TV, Packer has become a member of cinema’s A-list by providing a showcase for various portraits of contemporary Africa American life.

Gil Robertson: So how many films have you done to date?

Will Packer: This is feature film number 15, and although it doesn’t seem like a lot, they have all paved the way to where I am today.

Robertson: How would you describe the projects that you’ve brought to screen?

Packer: I would say that they are a varied bunch. Â They run the gamut from drama, to thriller, to dance, to comedy, which is an indicator of my interests as a filmmaker. My films have taken a variety of themes and subject matters to the screen.

Robertson: Would you say that with each of your films you offer a slice of life in the African American experience?

Packer:Â  I would say that with all of my films there is definitely an element of that experience and a flavor of that culture of which I am very proud. That is very intentional. But if you look at some of my films like Takers,Â Obsessed or Think Like a Man, they could be made with casts from any background because of the universal themes that they deal with; [however], I’ve chosen to make them with an African American cast because I think it elevates the movie going experience.

Packer: It wasn’t easy because the book Â isn’t a narrative; but the book was extremely entertaining and spoke to a truth that we as men know, and that women were eager to hear more about. The film is entertaining and speaks to a truth about relationships that you Â haven’t commonly seen. I think we put an interesting spin on it and did a good job in staying true to the core of the book.

Robertson: Has it gotten easier doing business in Hollywood?

Packer: Doing business in Hollywood today requires me to be more strategic and selective in how I approach projects. Right now everything that gets made in the industry is done so with an eye towards a project’s potential to reach a broad audience and grab the box office. The audience makes a difference, and Â like voting, you vote with your dollars to show what you want to see. Anytime you have films like Rosewood or Miracle at St. Anna that don’t hit their mark commercially, it sends the studios a message that those stories don’t sell.

Robertson: What can African American audiences do to foster the development “black filmsâ€ in Hollywood?

Packer: Well, again, support is critical in terms of making sure that black films continue to get made. Consumers must support a film during its opening weekend and beyond that. In an average year, there are on average only 2-3 black films released by Hollywood, so it’s important that African American audiences support these projects.

Robertson: So what’s going on with Bounce TV?

Packer: Well, we’re coming into the market somewhat differently than other cable networks. First, we’re coming in as a broadcast network, so that means we’re a network that is a digitally transmitted in about half the markets that we’re in. Right now we are in about 75% of African American households. The network was initially launched forÂ  consumers who are not cable or satellite users, which is some 13 million households who receive their broadcast signal via a digital antenna like an ABC or a CBS. But you can also find us through our cable partners as well. We’re going market to market and encouraging people to go to our website at BounceTV.com to find us. We’ve got some great stuff that you can’t find elsewhere.

Robertson: What’s next for you?

Packer: Right now is a very exciting time. Currently, I am in pre-production on No Good Deeds, which stars Idris Elba and Taraji P. Henson. Beyond that I am looking forward to making projects that I feel passionately about and look forward to continuing to do that.

FacebookTwitterYoutube
← Entrepreneurs Conference: 5 Keys To Sourcing Capital for Your Tech Company ← Entrepreneurs: Learn How to Create Marketing Buzz for Your Business
×