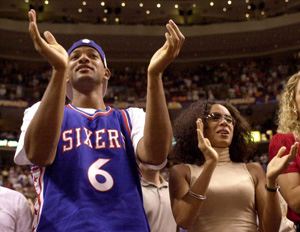 Will Smith had expressed interest in owning a piece of the team back in 2006 but now billionaire Joshua Harris of Â theÂ private equity groupÂ Apollo Global Management has helped that dream become a reality. Harris Â and a group of investors including the Smiths announced that they had Â purchased the team from Comcast-Spectacor on Tuesday at a press conference in Philadelphia.

Click here to read more about the partial ownership at BlackEnterprise.com/BENext