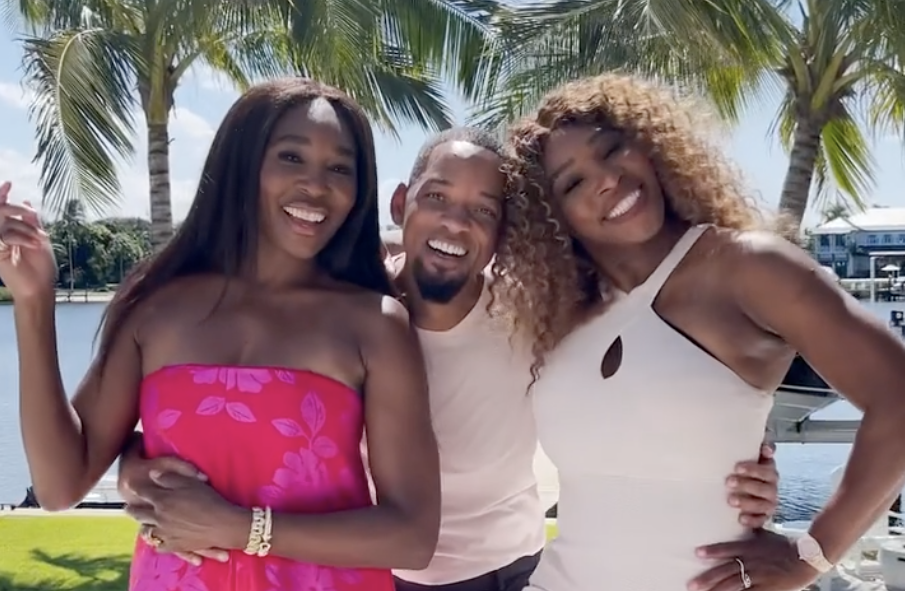 Will Smith with Venus and Serena Williams Image Credit: Instagram

Will Smith is the man of the hour for his role in the critically acclaimed film King Richard. He has garnered top awards like the Critics Choice Award, African American Film Critics Association Award, NAACP Image Award, SAG Award, the Golden Globe Award. Predictions say he will take home an Oscar for his performance as the father of Venus and Serena Williams.

However, with all the fanfare surrounding his latest film, Smith, 53, revealed at the National Board of Review, a ceremony that celebrates cinema, to The Blast correspondent Ty Cole that The Pursuit of Happyness “was the best movie he’s ever made.”

The film told the story of Chris Gardner, a father of a young son and failed salesman who experienced homelessness and lifted himself to become the head of his own brokerage firm, according to IMDB.

“I thought Pursuit Of Happiness was the best movie I ever made,” said Smith. “The reaction that King Richard is getting is what I thought Pursuit of Happyness was going to receive. Something happened with this film that is very unique and I never experienced this blanket level of appreciation for a movie,” reports The Blast.

When Smith first heard he was nominated for an Oscar, he was taken aback.

“It was like, uh oh, wait, let me Google myself and see what happened,” Smith said in a phone interview with New York Times. “But it was just a beautiful, pleasant surprise.”

Smith has been nominated three times for an Oscar, the first for Ali in 2002 and the second for The Pursuit of Happyness in 2007, according to the New York Times.

The Bad Boys actor said he felt he would not achieve another performance like The Pursuit of Happyness, “I thought I had reached my artistic pinnacle,” said Smith. “So for the world to respond to this film and in this way energizes me as an artist. I’m just wildly inspired to create and even to to be able to tell stories like this,” a sports drama about how Richard Williams and Oracene Price molded their daughters into tennis champions.

If Smith wins on Sunday, it will be his first Academy Award in his 30-year career.

The Academy Awards will air on March 27th on ABC Networks.