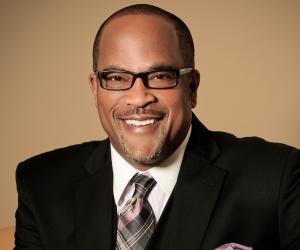 Diversity has always been a topic of discussion and with things being the way they still are, it will continue to be a source of conversation.

In professional sports, specifically the National Football League, the actual playing field is full of minorities, yet, when it comes to directing them, the color lines aren’t even blurred.

When you do see the minorities in executive and coaching positions, there’s a man who was primarily responsible for that and many people benefited, so, they need to, in part, thank attorney William Cornwell Sr (Gordon & Rees).

When then NFL commissioner, Pete Rozelle, in 1987, promised to increase minority hiring in all phases of the business of football, he turned to Cornwell, and the results are what you currently see in the diverse positions in the National Football League.

BlackEnterprise.com: How did you choose your profession?

Your representation spreads wide, could you tell us a few of the clients you represent or have represented?

I have represented many high profile athletes from Howie Long, to Greg Anthony, Ben Roethlisberger, and Reggie Bush, as well organizations in sports such as the NFL and the sports trading card and memorabilia company, the Upper Deck Company, at a time when sports trading cards were one of the hottest products in sports licensing.Â  When I was General Counsel at Upper Deck, we generated in excess of $300 million per year selling paper with pictures on it.

From my understanding, you worked with the NFL and helped develop their minority diversity program. Â How did that come about and how has that helped the NFL we see today?

Pete Rozelle was Commissioner of the NFL in December 1986 and he made a commitment to a group of Black employees to elevate minority hiring concerns to the League office level. Largely on the recommendation of Vernon Jordan, I was hired as Assistant Counsel and Director of Equal Employment for the NFL in September 1987.Â  At the time I was hired, we had roughly 14 Black assistant coaches, no Black offensive or defensive coordinators and no Black head coaches.Â  While my charge was to increase minority hiring in all phases of the business of football, the public and the media focused largely on coaches, particularly head coaches.Â  During my tenure at the NFL, Art Shell and Dennis Green were hired as the first Black head coaches in the modern era of the NFL.Â  We developed the minority hiring coaching fellowship program to bring minority college coaches into the NFL teams’ training camps. Numerous coaches used this program as a spring board to NFL coaching careers.Â  Marvin Lewis (head coach for the Cincinnati Bengals) and Herm Lewis (head coach for the Kansas City Chiefs and the New York Jets) participated in the program. Â By 1993, when I left the NFL to go work with Leigh Steinberg, there were over 60 Black assistant coaches, about 6 coordinators and 2 Black head coaches.Â  Beyond the progress made in hiring coaches, when I attend NFL events or industry conferences, I am gratified to see the number of minorities and women who serve in any number of positions — from lawyers to public relations professionals — for the NFL and its teams.

With all the recent coaching changes in the NFL, even with the program you helped initiate, there were no black coaches hired. What are your thoughts on that and do you feel that teams are just interviewing black coaches for the sake of fulfilling the mandate set by the league?

Obviously this remains a difficult issue.Â  The challenge is to shift the focus away from numbers and train it on qualifications and opportunity.Â  Nobody can argue about the qualifications of the white coaches that were hired.Â  This year, the pool of minority coaches with experience on the offensive side of the ball was limited.Â  Rather than focusing on numerical measurements for interviewing as the Rooney Rule does, this year’s experience shows that the focus should be on expanding the pool to ensure that minority coaches who are coming up through the ranks are gaining experience by coaching a wide variety of positions on both sides of the ball.

What gets you up in the morning to start your day?

The opportunity to make a difference.

Outside of the obvious education and knowledge of the position you have, what do you feel makes an attorney successful? Â What are the keys to being a success?

A method of analysis.Â  The ability to think critically is the single most valuable (and most underrated) skill for a lawyer. Â The second is the will to compete — to out work your adversary.Â  When I go to trial, I have read every document in our case.Â  It amazes me the number of lawyers who appear in matters and don’t know their documents.Â  You can’t be facts sensitive if you don’t know your facts.

As an attorney, do you have a personal creed you live by? Â If so, what is it and how do you live up to it?

If there is anything you can change about the perceptions of a lawyer, what would it be and why?

Nothing.Â  I suppose I am either too dumb to know what the general perception of lawyers is or too old to care.Â  From my perspective, a lawyer is a glorified laundry man. Â To be effective, we must roll up our sleeves and get our hands wet to protect the interests of our clients.

I don’t know really.Â  My partners are dynamic and capable men who share the philosophy that working hard on behalf of our clients is our greatest responsibility. We are blessed with the opportunity to make a difference and have the obligation to do our best every day for our clients, who have put their trust and faith in us. Â If that has social significance, then that is icing on the cake.

What business advice would you give to someone reading this that has dreams of being successful?

There is no substitute for hard work.Â  And, don’t be afraid to fail. The single most significant common denominator among successful people is that somewhere along the way, they failed at something.Â  If you push yourself to be successful, you will fail at something. It is an inevitable result from challenging yourself.Â  I can deal with failure, but I cannot deal with not trying.

Do you have any regrets and if so, what are they and what would you do to rectify them?

I guess like Frank Sinatra, “Regrets, I have a few…,” but the blessings far outweigh any regrets.Â  I don’t believe that there is any such thing as a bad experience.Â  There are just good and bad reactions to experiences.Â  I choose good.

What will William David Cornwell Sr. be doing in 15 years?

I will be 67 in 15 years, so my first wish is to still be breathing and healthy. Personally, I hope I am sharing my later years with my children and their families. Professionally, I hope I am admiring the work of a Black Commissioner in the NFL.