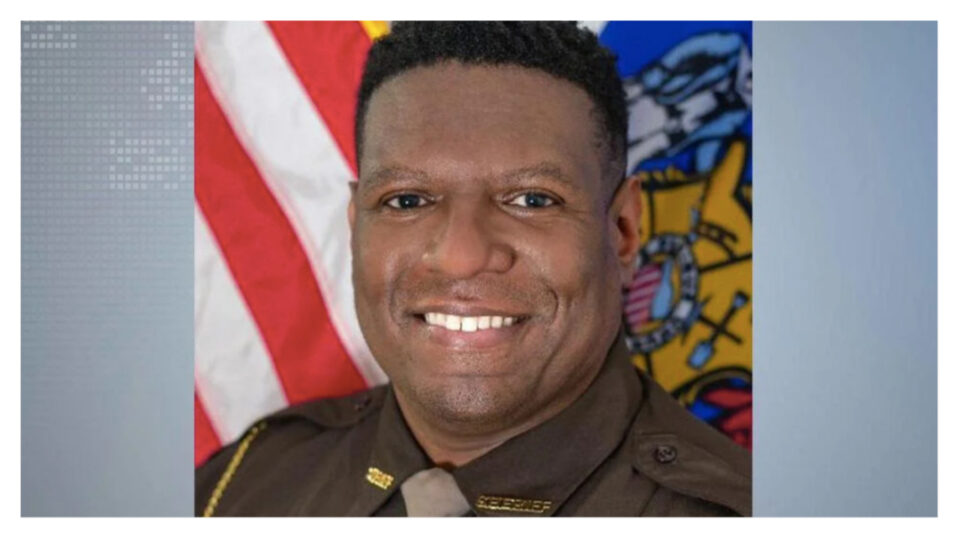 Sheriff Kalvin Barrett says his department does not have the resources to enforce the abortion ban in Madison and Dane County. (Photo @WKOW)

A sheriff in Madison, Wisconsin says his department does not have the resources to investigate medical professionals and facilities following the Supreme Court ruling overturning Roe v. Wade, according to WKOW.

Dane County Sheriff Kalvin Barrett told reporters his department would not enforce Wisconsin’s 1849 abortion law. Barrett, who is the first Black Sherriff in Dane County, said his primary concern will continue to be focused on “deterring and solving violent crimes in our Dane County community.”

“I do have to prioritize my limited resources to focus on crimes that most directly affect the people I serve,” he said. “These crimes include gun violence, homicides, sexual assaults, vehicle thefts, human trafficking, impaired driving, and domestic violence to name a few. The Dane County Sheriff’s Office does not have the resources nor expertise to investigate medical professionals conducting medical procedures in medical facilities.”

Barrett went on to say he welcomed “the right for everyone to peacefully protest” as long as people protested peacefully. He added that “violence of any sort will not be tolerated.” Madison’s mayor Satya Rhodes-Conway and the state Attorney General Josh Kaul said they backed Barrett’s decision. Kaul also said elected officials needed to step up to protect safe and legal abortion.

“We must now turn to Congress, state courts, and state legislatures,” he said. “Our office is reviewing today’s decision and will be providing further information about how we intend to move forward next week. We are at a crossroads for the future of reproductive freedom, and we need elected officials to step up and protect access to safe and legal abortion…. I don’t think anybody really is prepared for this. If the 19th-century law goes into effect, we’re talking about trying to apply a law written in the 19th century to 21st-century medicine.”

Madison Police Chief Shon Barnes agreed with Barrett and also noted the police are not equipped to handle such matters.

“We are officers, not medical providers. We are not able to predict or know what type of service someone is receiving or providing when visiting a clinic. Nor would we ever arrest someone on this type of assumption,” he said. He went on to say the police would focus on “reducing gun violence, preventing car thefts and reducing traffic accidents.”