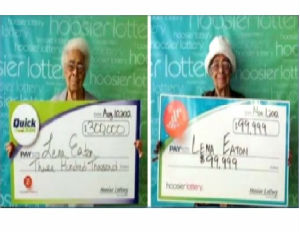 The $360 million Powerball drawing will air live at 10:59 p.m. Eastern Time tonight, and with participation at a fever pitch, observers say there’s not much expectation that the jackpot will increase again like last year — when the jackpot rolled over in March of 2012 after reaching the $325 million mark to a record $587 million.

Every other jackpot this big has gotten hit, so if Powerball does somehow roll over, the record books better watch out.

In November, Powerball set its all-time record when a $325 million jackpot rolled over and wound up at $587.5 million. Since then, Powerball has added California, which has helped the jackpot soar $90 million just since Saturday.

An Associated Press report said that jackpots will remain high because of cross marketing and innovation related to the size of prizes.

Thanks in part to a game redesign in January 2012, players don’t necessarily have to strike big to get lucky. A $1 increase and new $1 million and $2 million prizes means the odds of winning something have increased. Just last Saturday, there was no Powerball jackpot winner, but more than a dozen tickets won $1 million prizes in 10 states.

The “cross-selling” of Powerball and Mega Millions tickets in January 2010 began the jump to bigger jackpots because more people had access to tickets, said Mary Neubauer, spokeswoman for the Iowa Lottery. Iowa is one of the founding Powerball states.

Read more at the AP.