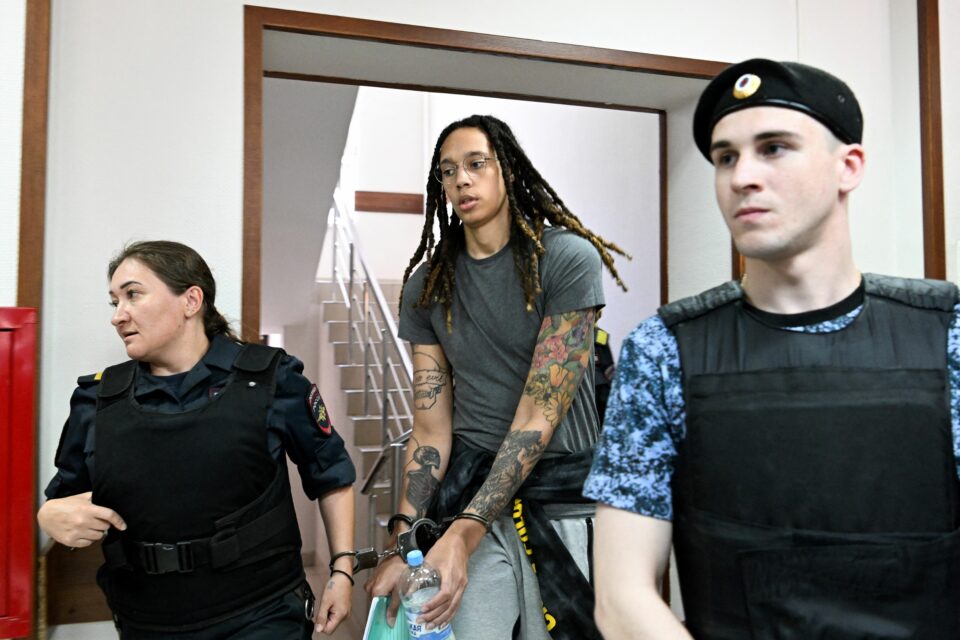 The court case against WNBA basketball player Brittney Griner takes another turn after she pleads guilty to drug charges.

According to ESPN, her attorneys said Griner pleaded guilty to drug charges early Thursday in a Moscow court. With the guilty plea, she is facing a prison term of up to 10 years. She told a judge that she had brought hashish oil into Russia but had done so “inadvertently” as she asked the court for mercy.

“I’d like to plead guilty, your honor. But there was no intent. I didn’t want to break the law,” Griner told the judge in English. Her statement was then translated into Russian for the court.

She has been detained in Russia since February when Russian authorities discovered vape canisters with cannabis oil in her luggage at Moscow’s Sheremetyevo Airport.

There is a strategy for Griner pleading guilty as experts did not expect her to outright win the case in court. With the guilty plea to drug possession and smuggling charges, U.S. officials may try to help facilitate a prisoner swap that could bring the WNBA player back home to the States. They recognized that there was no chance that she would be acquitted. A guilty verdict is seen as a foregone conclusion.

There is now hope for a deal to have one or more Russians in U.S. custody sent back to Russia in exchange for Griner’s release and possibly another American detained in Russia since December 2018, Paul Whelan.

Earlier this week, Griner wrote a handwritten letter to President Joe Biden asking for his assistance in getting her released from a Russian prison.

CBS News reported that the WNBA All-Star pleaded with the president not to forget her, adding her appreciation for Independence Day has taken on a new meaning based on her experience in Russia.

“I’m terrified I might be here forever,” Griner wrote. “On the 4th of July, our family normally honors the service of those who fought for our freedom, including my father, who is a Vietnam War veteran. It hurts thinking about how I usually celebrate this day because freedom means something completely different to me this year.”