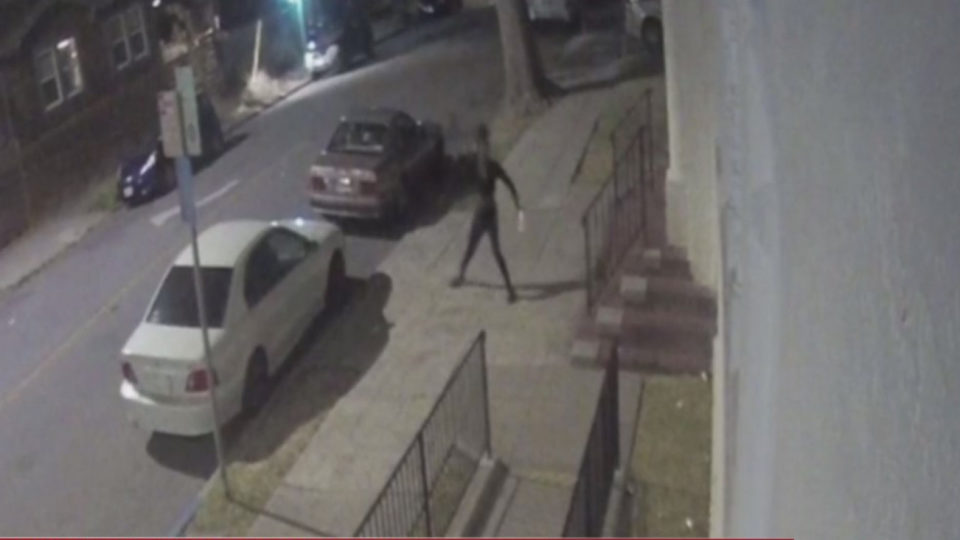 Shocking video shows the moment a woman dressed in all black approached the Ebenezer Baptist Church and tried to set it on fire—twice.

The African American church located in Berkeley, California, was targeted in an attempted arson attack for the second time this year, CBS San Francisco reports. Lead Pastor Kevin Craddock II shared a video revealing the Aug. 14 incident where a woman tried to set the church on fire twice within a 7-minute timespan.

An unidentified woman was seen pacing around the Baptist church before throwing bricks at the window and pouring lighter fluid on the grass in the video.

“By the grace of God the lighter wouldn’t take, it wouldn’t come on full force and nothing was being lit up,” Pastor Craddock said.

The pastor wasn’t aware of the attempted arson attack until after Sunday service on Aug. 15, when he noticed red marks on the window. After watching surveillance footage, Craddock was shocked to see the arson attempt he believes was racially motivated.

“It was very painful to watch, very concerning in 2021 to see someone attempt to burn down an African American church,” he said.

Pastor Craddock expressed his disappointment with the targeted attack considering the church’s history and the traumatic history of racist attacks on Black churches in America.

The attack comes one year after a nearby church, The Way Christian Center, was the target of an arson attack. At the time, the church’s pastor, Ben Bartlett, explained why he felt the attack was a response to their stance on racial injustice.

“While we don’t know whether or not this attack was racially motivated, it understandably has people upset, and it does strike a deep nerve in the community,” Bartlett said.

The Berkeley Police Department is asking for help in identifying the woman behind the latest arson attempt.