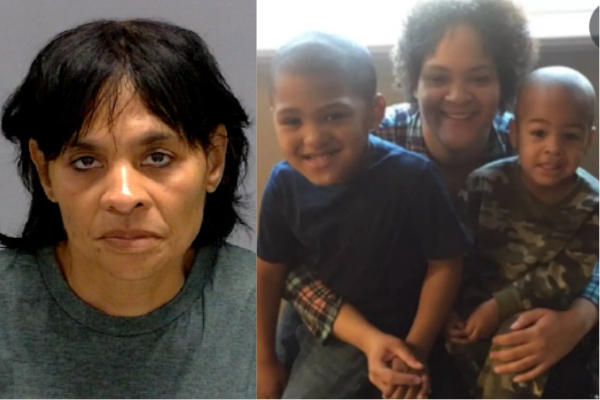 An Indianapolis woman with a history of causing collisions is facing multiple criminal charges for her suspected role in an eight-vehicle accident that killed a Black mother of four.

On Friday, Kelli Anderson, 55, was charged with one count of reckless homicide, a level 5 felony, and six counts of misdemeanor criminal recklessness, Fox 59 reported. The charges stem from the multi-vehicle accident on N. Keystone Avenue and E. 52nd Street in Indianapolis that police responded to at approximately 4:30 p.m. on June 9.

Anderson told police she was trying to avoid the stopped traffic along Keystone by veering to the left but slammed into the stopped traffic. But witnesses saw Anderson slam her Lincoln SUV into a row of stopped vehicles waiting at a red light.

Witnesses said Anderson was driving 50 to 60 miles per hour when she mowed over the center median and plowed into the stopped traffic. The accident killed Kiana Burns, 28, a mother of four, who died two days after the accident from her injuries, WRTV reported.

While speaking with police after the accident, Anderson admitted to taking daily medication, including Topamax, due to having “severe, life-threatening allergies and epilepsy.” When officers asked if she had been suffering from allergies prior to the crash, she reportedly told police,

“Honestly, I blacked out, ’cause I don’t remember what happened.”

During the questioning detectives said Anderson appeared to have “glassy eyes” and had trouble completing the field sobriety tests.

The accident came just weeks after Anderson was involved in another fatal collision on May 19 that reportedly took the life of an emergency room doctor. In that instance, Anderson also claimed to have blacked out from her epilepsy medication.

Upon further review, authorities learned that Anderson had been involved in at least five at-fault crashes since August of 2019. Anderson is scheduled to appear before a jury on Sept. 1 in Marion Superior Court.

“If there was a loophole that allowed this to continue, we will hope to close that loophole in the future for all families to prevent these tragedies from happening,” Dustin Fregiato, an attorney representing Kiana Burns’ family said.