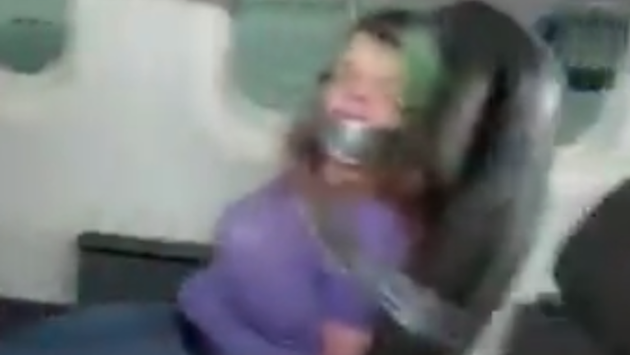 A woman had to be duct-taped to her seat on an American Airlines flight after she was caught trying to open the airplane door.

A video of the incident posted on social media went viral as it showed a gray-haired woman with silver duct tape covering her mouth, arms, and body, NY Post reports.

“You! You! You,” the woman could be heard shouting through her duct-taped mouth.

The incident stemmed from a July 6 flight from Dallas-Fort Worth to Charlotte, North Carolina. What was supposed to be just a two-hour flight turned into a major delay after chaos broke out one hour into the flight, the TikTok user @lol.ariee said.

“It was just kind of like chaos and no one knows what’s going on,” the TikTok user said.

After a few minutes of confusion, the pilot finally spoke over the intercom saying they were “a bad situation in the plane right now,” according to the passenger.

“Then we’re gradually starting to hear more and more screaming, and we’re like, ‘Wait a minute,’” the TikTok user said.

As the plane was beginning to land a flight attendant sitting near the passengers said a woman “had an outburst” and was trying to get off the plane.

“She was saying, ‘I need to get off this plane,’ and she went up to the exits and started banging on the doors, saying, ‘You need to let me off this plane!'” @lol.ariee said.

The woman reportedly was biting, spitting, and attacking the flight attendants, @lol.ariee said, which prompted the crew to “take her down” by duct-taping her. 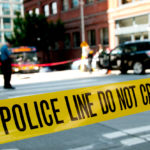 3 People Shot, Injured, After Middle-Aged Men Argue Over Who Won A Foot Race 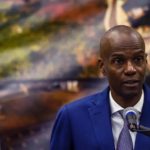