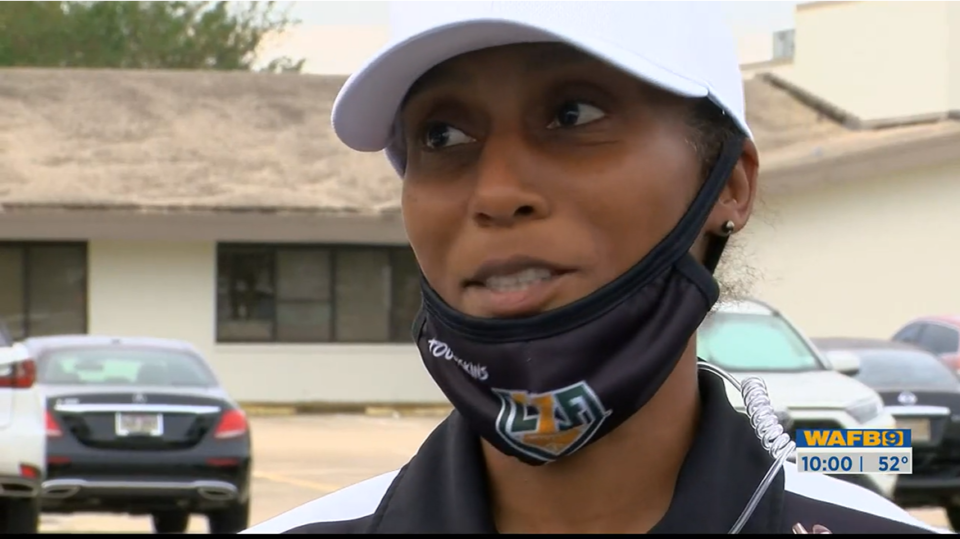 History was recently made on a Louisiana high school football field when, for the first time ever in the state, a woman referee officiated a varsity football game.

The Baton Rouge native was unaware that she was making history until a few hours before kickoff between Liberty Magnet and Belaire High School.

“It’s great to know that because I think it should serve as an inspiration to a lot of people that this is a sport, and if you love sport, then officiating is a way for you to stay around the sport and still love it,” Cotton told WAFB.

HISTORY ON THE GRIDIRON: Baton Rouge native Marcia Cotton became the first woman in LHSAA history to lead an officiating crew in a varsity football game.

Cotton shared her feelings with me about the groundbreaking moment. @WAFB @WAFB9Sports

After making history, Cotton said she hopes to inspire little girls who want a future in sports.

“This is kind of eye-opening for all of the hard work that I have put in and for the people that have been behind me and pushed me to get to this point,” she said. “If there are girls or women out there that want to stay around sport and stay around it for a long time, this is the thing to do.”

Cotton got her start alongside her sister, who’s an assistant coach at Southern University in Baton Rouge.

“When she was in high school at Wossman, I started assisting her and fell in love with the game. After my four years of college basketball, I just wanted to stay around the sport,” Cotton said.

Motivated by her sister, Cotton became a basketball referee in 2016, but eventually gravitated toward football.

“It was something about that gridiron that just kept drawing me in,” she said.

It’s clear her love for football is here to stay. Cotton told WAFB if given the opportunity, she’d consider officiating collegiate or professional games.

As for any nervous feelings going onto the field on the recent historic game night, she said that didn’t matter.

“This means a lot, but it’s still football and we just want to get it right on the field tonight.”