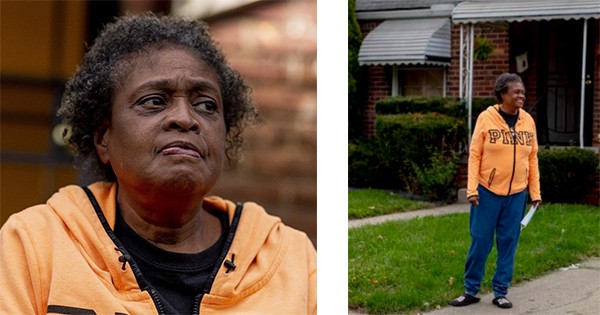 June Walker, a 65-year old woman from Detroit, Michigan, finished paying off a rent-to-own house in more than 2 years believing it would be her forever home. But she is now facing eviction after apparently being a victim of the “fake landlord” scam all along.

In January 2019, Walker was finding a house with a more affordable rent when she was shown the bungalow which was in poor condition. The house, which she was told costs $15,000, had missing windows, doors, furnace, water heater, and some plumbing but she thought she could fix it.

A property manager named Maurice gave her a copy of the deed, which appeared to be from the owner of the house named Derrick. She found some parts of the document odd but she couldn’t quite point it out since she had never seen one before and she just trusted Maurice.

After signing the rent-to-own agreement in February 2019, she moved in and gradually made repairs to the house. She saved up her money and set aside most of her disability check and made her final payment last spring.

“For a person like me to be a homeowner — someone with $700 a month income — and to be able to buy a decent home on a land contract and get it finished? You know, that’s an accomplishment,” Walker told NBC News.

However, when it came time to put the deed in her name in April, Derrick can no longer be reached out to set an appointment. She tried calling Maurice, who used to come to her to collect rent each month, but his phone number no longer worked.

Ultimately in June, she received trespassing summons in the mail. She initially thought it was mistakenly sent to her but when she appeared at her virtual court date and was connected with a lawyer, she learned she may have been a victim of a scam.

According to court records, the house was bought by a Pennsylvania company called RHMS Group in 2017 and was sold to a Florida company called Boccafe LLC on June 2. Both companies had no idea that Walker was making payments on the house.

The judge postponed a decision on eviction but the next hearing for her case is coming up soon. Her lawyer told her her chances of retaining ownership are slim — only if she could work out a deal to buy or rent the house from the current owner.

Moreover, the “fake landlord” scam has been increasing at an alarming rate in the city of Detroit, with at least 1 of 10 tenants facing eviction due to scammers who’ve sold or rented out houses they don’t own. Walker said she hoped the city have a fund to help those who are victimized.

“There should be some kind of safety net, step by step, to tell you what to do,” she said. “Justice has to be done. Period. We’ve got to come up with a remedy for this, and it’s got to be justice.”