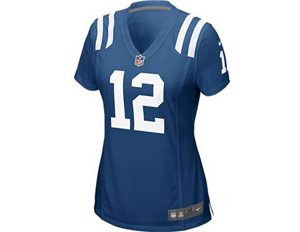 Dicks Sporting Goods released an infographic of the most popular jerseys sold to women nationwide. Based on Web and in-store sales figures from May 2014 through October 2014, millions of women love the NFL.

In fact, according to Adweek, women make up 46 percent of all NFL fans, and an average 63 percent of women 12 and older identify as fans.

Here are some additional interesting facts the report revealed: