Workoholics: How to Manage Their Mania 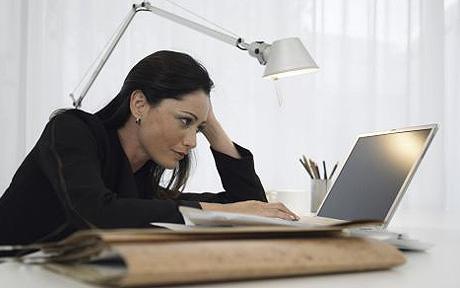 For some bosses, having a workaholic on the team isn’t necessarily a bad thing. They’ll grind to get the job done and they can often be depended on in a crunch. But for a workaholic, life can be a journey that leads to stress, health issues and burnout. According to Madame Noire, a new study details how leaders can appropriately manage these types of professionals so that it’s a win-win situation on both sides:

Wayne Hochwarter, the Jim Moran Professor of Business Administration in Florida State’s College of Business, and research associate Daniel Herrera studied more than 400 employees in professional and administrative occupations and found about 60% of these workers identified themselves as workaholics who characteristically “feel guilty when taking time off.â€

Workaholics reported they gave more effort compared to other workers, but they also experienced more tension. They were more willing to help others, yet were more likely to view co-workers as feeling entitled.

“We found that there is an optimal level of workaholism for job effectiveness and positive health,â€ Hochwarter said in a press release sent to MadameNoire. “However, when in excessively low or high ranges, both the company and the employee are likely to suffer.â€