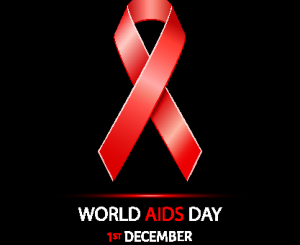 Dec. 1, 2016, marks the 28th anniversary of World AIDS Day, which is observed every year and is dedicated to raising awareness of the AIDS pandemic caused by the spread of HIV infection. World AIDS Day has been held since 1988 as an opportunity for people to unite in the fight against the disease, show their support for people living with the disease, and remember those who have died from the disease.

Since the dawn of the HIV/AIDS epidemic in the U.S., African Americans–particularly young black gay, bisexual, cisgender and transgender women–have been the most impacted populations across all demographics. For decades, advocates within black communities and lesbian, gay, bisexual, transgender and queer (LGBTQ) communities have called for public policy changes to vigorously respond to the epidemic. Those efforts have led to impressive reductions in new HIV infections.

Significant work still needs to be done to address the needs of those that live at the intersections of race, sexual orientation, and gender identity, according to the National Black Justice Coalition, a civil rights organization dedicated to the empowerment of black LGBTQ people, including people living with HIV/AIDS.

NBJC released a statement lauding President Obama for “his steadfast leadership in the fight to end HIV/AIDS, and specifically his acknowledgment that the lives of young black gay men matter in the fight against HIV. In the age of the Obama presidency, our community has witnessed great progress, including the passage of theÂ Affordable Care Act, implementation of theÂ National HIV/AIDS Strategy, and benefiting from new and innovative research that has produced pre-exposure prophylaxis and Treatment as Prevention.â€

However, NBJC went on to point out many setbacks including the gutting of key provisions of the Voting Rights Act of 1965; passage of discriminatory state election laws; the increase of overt racism in mainstream society; and the continued rise of HIV/AIDS in black communities. NBJC will be moving forward in its efforts to mobilize on the ground with other organizations and individuals from diverse backgrounds. The organization also outlined ways in which people can take a stand and make a difference.

Develop relationships with your local health department to ensure that public health officials are creating safe and supportive environments for HIV testing, treatment, and care. Advocate for local laws that are not stigmatizing or could prevent effective service delivery for the community.

Ensure that state health departments are directing resources to the areas with the greatest unmet need in black communities throughout your state. Organize to work with the appropriate civil rights organizations and other agencies to get programs to sufficiently address the unmet need of the black community.

Hold the President-elect’s administration accountable in meeting the goals of the National HIV/AIDS Strategy. Contact congressional representatives and urge them to restore HIV/AIDS funding.