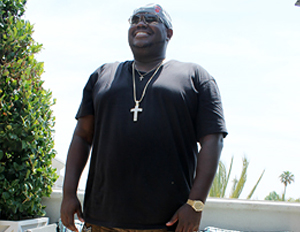 Did you see the viral clip of a young woman getting punched by a full grown man? Which one, you ask? Any of them!

Ad companies aren’t shying away from doing business with the outlet, which has become infamous for exploiting stereotypes of African Americans and profiting from the worst videoed behavior.

“Advertisers were afraid of us,â€ he told Marketplace. “We were kind of risque. We had girls in thongs, fights. Not until later on they decided, well, the site is too big. We’re just gonna have to work with them.â€

Who are these companies?Â Fiber One, Walmart and Bloomingdale’s ads have appeared on the site in recent days, Marketplace reports. But it wasn’t clear how much the website makes in ad revenue.

It’s also not clear how WorldStarHipHop measures its success. Founded in 2005,Â the company has no physical offices. O’Denat, the website’s socialite figurehead, moves between a home in Scottsdale, Ariz., and hotels in New York, Miami and Los Angeles. An unnamed ad sales manager for WorldStarHipHop told Marketplace it’s justÂ “a fast-growing, lucrative company struggling to create infrastructure.”